Sundays with free admission in Berlin museums: also in 2022 and 2023

Sundays with free admission in Berlin museums: also in 2022 and 2023

By exploring cultural participation, Berlin is focusing on ways to reach potential visitors who have so far not gone to museums, or hardly ever do. Museums are usually considered major attractions. Who are the people that don't come to see art and exhibitions? The Old National Gallery on Museum Island in Berlin.

Museum Sundays with free admission exist in Berlin since 2021

"We have started to open up our cultural institutions in various ways," Berlin's Senator for Culture, Klaus Lederer, told the German Press Agency (dpa) in Berlin. These include, for example, the establishment of Sundays with free admission once a month.
It was announced on Tuesday (January 11, 2022) that the admission-free Sundays will be continued in 2022 and 2023 About 155,000 visitors came to the six Museum Sundays that happened so far. The number of participating museums has risen to 64 since the beginning in July. The Berlin Humboldt Forum, considered a prestige object of the federal culture, also participates with free admission to its special exhibitions, which otherwise have to be paid for.

"New formats have emerged at the houses"

The museums should offer a diverse program of events to enable visitors to experience the breadth of culture, religion, history, nature and technology. "New formats have emerged at the houses. Accessibility, fun, multilingualism, and knowledge transfer play just as much of a role in the conception of these formations as the invitation for visitors to actively participate," reported Christine van Haaren, head of education and outreach at the Berlinische Galerie.

Many first-time visitors on Museum Sundays

According to initial evaluations, nine out of ten people surveyed during their visit thought positively of the initiative. For three quarters of those surveyed, the free admission was the main motivation for their museum visit that day. The majority were first-time visitors to the respective museums. Comprehensive results of the study were announced to be published in the summer.

Lederer: Museums should be inviting and spark curiosity

"We want to expand specific offerings for underrepresented groups," said the Left Party politician. "In the broadening of perspectives in a society that is becoming more diverse, programs, staff and audience are key to make such institutions accessible to a larger audience: I only go there if I feel that I am represented in these institutions." According to Lederer, this also includes the question of which kinds of stories could be told in the museums "to make people curious and invite them in."

Lederer emphasized, "We don't want visits out of obligation, that wouldn't be in the spirit of the program and wouldn't serve the purpose." He pointed out the work of the Institute for Cultural Participation Research, where initial studies have shown that education, age and finances are among the strongest influencing factors for cultural participation. The institute, which is unique in Germany, can help cultural institutions interpret data "so that they can then reflect on their own perceptions and audiences - including what may be missing - and come up with new ideas and structures," Lederer stated. 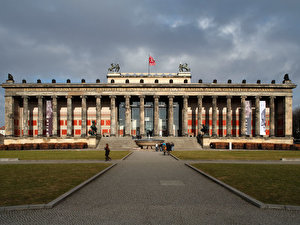