The permanent exhibition "Testimonies of political persecution 1945-1989" provides vivid impressions of the experiences of former political prisoners in the Stasi remand prison in Berlin-Hohenschönhausen.

The exhibition focuses on the suffering and experiences of the victims, most of whom were unexpectedly caught in the machinery of political persecution. On an exhibition area of 700 square meters, the exhibition shows about 500 exhibits, over 300 historical photos and 100 media stations. The offices of the former prison management are also on display.

Gedenkstätte Berlin-Hohenschönhausen on the map 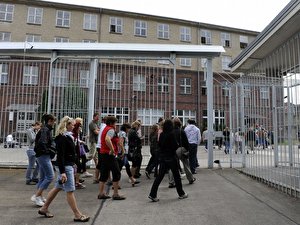 A visit to the former Stasi prison Hohenschönhausen Memorial is a chilling reminder of the fate of the thousands who fell victim, as prisoners of conscience, to political persecution in the former East Germany. more