The Mystery of Banksy - A Genius Mind

The Mystery of Banksy - A Genius Mind

Due to the amended Infection Protection Act, the exhibition "The Mystery of Banksy – A Genius Mind" at Station-Berlin will temporarily be unable to receive its visitors from Saturday, 24.04.21.

Customers who have already booked tickets online and are now unable to visit the exhibition on the booked date will be informed immediately by e-mail by the ticket provider Eventim and will be given the opportunity to rebook free of charge.
The exhibition shows over 100 works by the world-famous street art superstar Banksy. For years, he has not only challenged the boundaries of the art market, but above all has caused a worldwide sensation with his works. Yet his true identity always remains a secret.
Authentic reproductions of the most impressive works
«The Mystery of Banksy - A Genius Mind» features reproductions of the most celebrated graffiti, photographs, videos and prints on various materials such as canvas, aluminum and Plexiglas. The exhibition is accompanied by an impressive documentation of the most important milestones in Banksy's career. Presented in a relaxed atmosphere, yet with high quality standards, the artist's works can be experienced at Station-Berlin. Due to his anonymous status, this homage to the street art star is not officially authorized and thus follows his motto «Copyright is for losers ©TM».

Das Mysterium Banksy
Banksy is not only considered the most famous street artist, but probably also the most mysterious, because the Briton keeps his identity secret. In the beginning, his street paintings adorned only facades, subways and public squares of his hometown Bristol. Meanwhile, his works are traded for several million and are mostly privately owned. Despite his success, Banksy is still synonymous with rejecting commercialism. His works, which are also known to many less art-literate people, usually contain socio-political messages. Among the best known are «Girl with Balloon» and «Show Me the Monet».

Compulsory testing and masks
Visitors must present a current negative test result by means of a certificate from the testing station before entering.
A test station is located e.g. at Tempelhofer Ufer 14, this can be reached by foot from Station-Berlin in about 8 minutes. Registration & info at schnell.coronatest.de (here the free citizen test is possible 1x per week).

FFP2 masks are mandatory on the entire premises of Station-Berlin including the exhibition rooms.
Get your ticket now€17.00Order online

Get your ticket now€17.00Order online

An overview of exhibitions taking place in Berlin museums and galleries. more 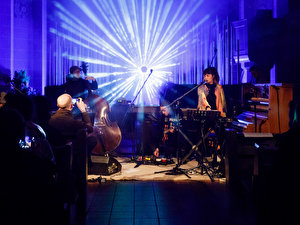