The photo exhibition "Berlin, 1945-2000: A Photographic Subject" shows over 200 works by artists who photographed Berlin between the postwar years and the end of the 20th century.

Beginning with the immediate post-war period, the photographs in the exhibition "Berlin, 1945-2000: A Photographic Subject" describe the damage that Berlin suffered during the Second World War and the collective efforts of the Trümmerfrauen. In addition, the works of the 23 photographers document and illustrate everyday life in the second half of the 1940s and in the 1950s, the construction boom in East and West, the subcultures of the late 1970s and 1980s and the ways of life that either disappeared or developed anew after the fall of the Wall, as well as the major urban planning projects that gradually replaced and filled in some of the city's ruins and wastelands after German reunification.
Among others, works by Sibylle Bergemann, Arno Fischer, Nan Goldin, Will McBride, Evelyn Richter, Maria Sewcz, Michael Wesely, Anno Wilms, Harf Zimmermann and Miron Zownir are on display.

What: Berlin, 1945–2000: A Photographic Subject
When: September 18, 2020 to 30 May 2021
Where:Reinbeckhallen
Opening hours: Monday through Wednesday from 10am to 6pm, Thursday and Friday from 4pm to 8pm, Saturday, Sunday and holidays from 11am to 8pm.
Entry fee: 9 Euro, reduced 4 Euro
Pleaser note: Time slot tickets can only be booked online. Admission is granted only with prior ticket booking. 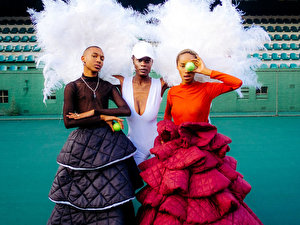