The Holi Festival of Colours has made its way to Berlin. As a celebration of summer, people colour each other with dry powder.

By bringing the originally Indian spring festival to Berlin, the organizers of the Holi Festival Of Colours in Berlin invite everybody to celebrate the summer. From noon onwards participants can dive into colours. A countdown tells people when to throw their colour up in the air, the spectacle takes place once every hour until the end.

Music and activities at the Holi Festival Of Colours

Participants at the festival are encouraged to wear white clothing only so the colours stand out. In between the countdowns the festival turns into a big party. DJs, bands and musicians from India and all over the world will be performing live on stage.

Zentraler Festplatz on the map: 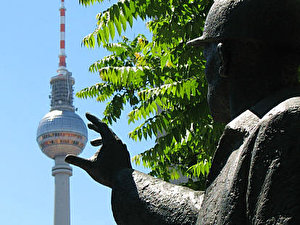