Dance in August (Tanz im August) is one of the most important dance festivals in Europe. It focuses on contemporary dance and experimental choreographies performed by accomplished dancers from all over the world.

Dance in August is a well-established international contemporary dance festival that is open to and encourages new formats and innovative choreographies. Performances often include German premieres and Berlin debuts. The festival is mentioned alongside the Montpellier Danse and Impulstanz in Vienna as one of the most significant dance festivals in Europe.

In 2020 dance in August will not take place in the usual form. Due to the Corona crisis there will be no stage programme and only two open air performances. In addition, part of the programme will take place digitally. On the meadow in front of HAU2 there will also be a public viewing event every day, where visitors can watch the online programme in open space.

At the open-air parcours "Untitled Instructional Series 2020", artist William Forsythe will present various signs in public space, which will encourage viewers to try out new movements with instructions for action.

On four dates, the Hamburger Medien- und Performancekollektiv Ligna will show contributions by thirteen artists in the open air with "Zerstreuung überall!". Viewers follow the choreography through headphones and are invited to participate. 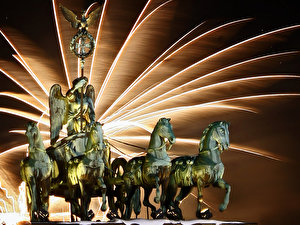