Due to the high numbers of Coronavirus infections resulting from the spread of the Omicron variant, the Berlin House of Representatives has extended the so-called epidemic situation. The epidemic situation had been proclaimed on December 21 and was previously limited until January 31. Following the House's decision on Thursday (Jan. 27, 2022), it will now be in effect until March 31. Based on the decision, the Berlin Senate could implement new restrictions if the infection situation requires it. According to the latest statements made by Governing Mayor Franziska Giffey (SPD) and Senator for Health Ulrike Gote (Greens), however, this is currently not planned. The coalition of SPD, Green Party and Left Party as well as the CDU voted in favor of the extension of the epidemic situation. The AfD voted against, the FDP abstained from the vote. 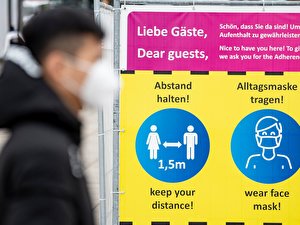