300 bodycams for police and fire brigade

300 bodycams for police and fire brigade

The Berlin police and fire brigade are now equipped with a total of 300 so-called bodycams. This expanded the test operation that began in August 2021 with 30 of the small cameras on the uniform, as Interior Senator Iris Spranger (SPD) and Police Commissioner Barbara Slowik said on Monday. The devices are to be used by police officers and firefighters to film situations that develop aggressively. This is to deter aggressive rabble-rousers and attackers and calm the situation. In addition, the video films can serve as evidence.

The police received 250 body cams, which are to be increasingly used at all police stations in Berlin. Firefighters received 50 cameras. This means that the Berlin fire brigade is a forerunner in Germany, as this is not yet the case elsewhere, it was said.

In the Berlin test run so far, the 30 cameras were triggered only 121 times between September 2021 and autumn 2022. Slowik spoke of "initial reticence" and necessary technical improvements that have now been clarified. The expansion of the trial run had therefore also been delayed. In other federal states and with the federal police, body cams have already been used for years. Police officers and firefighters are repeatedly subjected to harassment and attacks, especially in big cities.
Author: dpa/deepl.com 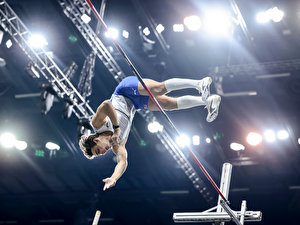