The Jewish Film Festival captures the diversity of Jewish life on film. For two weeks, filmmakers from all over the world present a varied programme. The Jewish Film Festival is an integral part of Berlin's cultural landscape and enjoys growing popularity among Jewish and non-Jewish audiences in Berlin and Potsdam. The festival takes film fans on a journey into the world of Jewish and Israeli filmmaking and features some of the best and latest productions from different countries. Several premieres, filmmakers and discussions allow the visitors to take a glimpse into the world of Jewish life. Some of the films shown were made in Israel, one of the most exciting filmmaking countries of the world.

History of the Jewish Film Festival

Founded in 1995 on the 50th anniversary of the end of World War II, the Berlin/Potsdam Jewish Film Festival is one of the oldest of its kind in Europe. This unique cultural event in Germany, aimed at film lovers of any background, is a showcase for new cinema that explores Jewish life in Germany and around the world.

The Festival offers perspectives rarely seen in the daily stream of headlines and broadcast news in Germany. The film screenings provide a lively forum for dialogue and debate about a wide range of issues, drawing larger and larger audiences every year. The event is meant to be a celebration of Jewish film around the world and especially in Germany. Several venues in Berlin and Brandenburg are taking part, such as the Passage Kino Neukölln, the Delphi Lux, the Jewish Theatre Ship, the Potsdam Film Museum, and the Thalia Kino in Babelsberg. 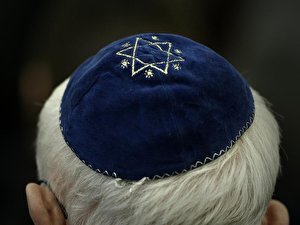 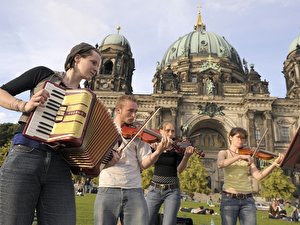