With its high-quality conference programme and spectacular air shows, the ILA Berlin is a must for professionals of the aerospace industry and aviation fans.

The ILA Berlin is one of the largest trade exhibitions for the aerospace industry in the world. It includes conferences, business meetings and workshops that are open to trade visitors only. An extensive static aircraft display and the air shows at the weekend are open to the public. There are over 1000 exhibitors at each ILA, which attracts up to 200,000 visitors.

The ILA trade fair provides a platform for international exchange between the aerospace industry, space agencies, the military, politics and science. Representatives of world-renowned companies, leading exhibitors and aviation experts use it as an opportunity to discuss market developments, strategies and trends.

For non-professionals, the static display and air shows offer quite a few highlights. With more than 200 aircrafts from historic to modern, the ILA presents significantly more aircrafts than any other air show. The air displays show some of the latest aviation technology in action.

Berlin ExpoCenter Airport on the map 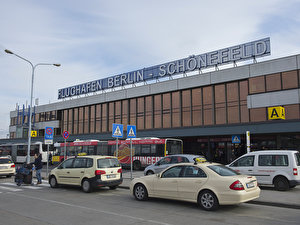