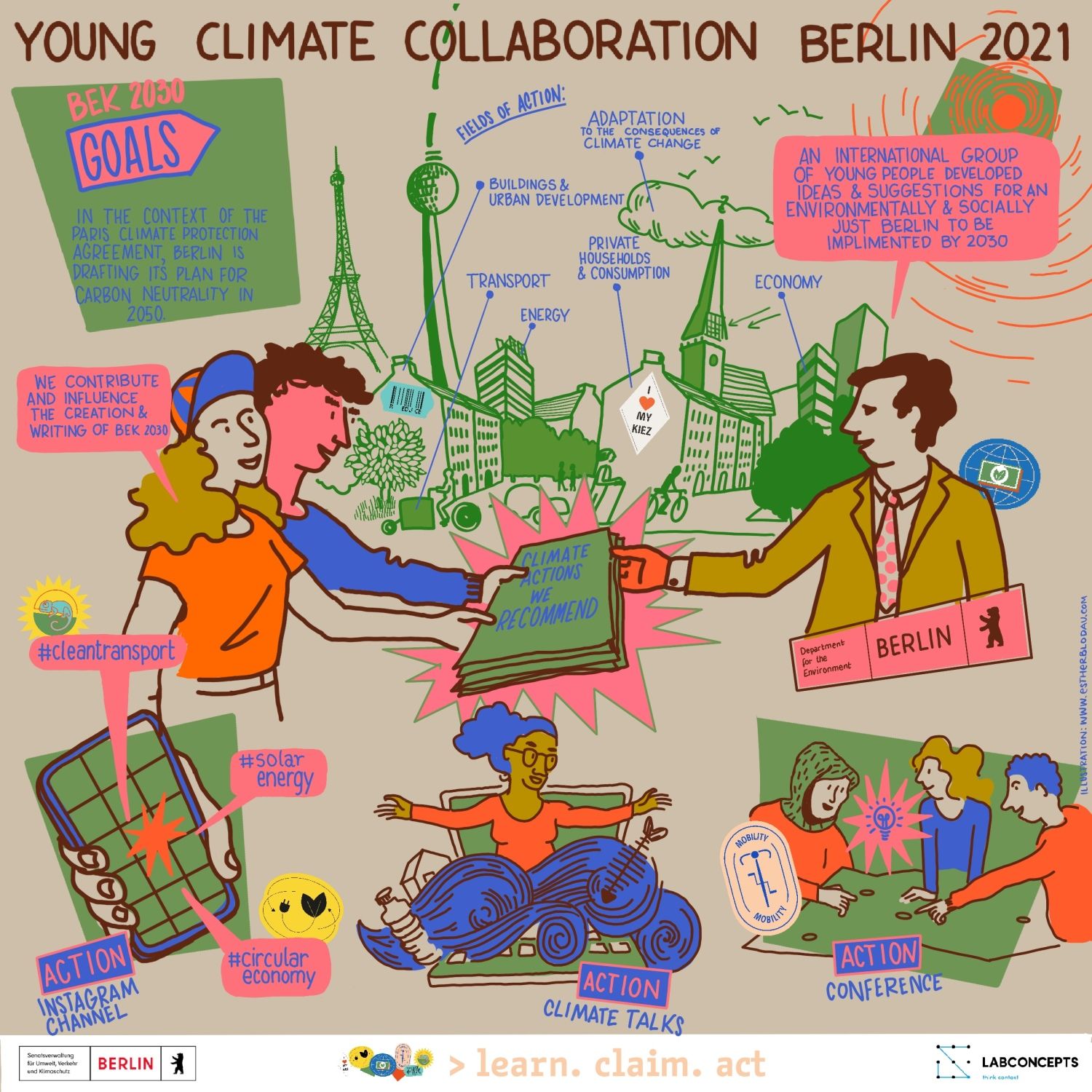 The Young Climate Collaboration Berlin > learn. claim. act (YCCB) is about coming together and getting involved!

The project aimed to reach out to young international people who want to actively engage in changing local climate politics. The central motto: learn, claim, act – all in collaboration with like-minded people throughout a variety of digital activities and events.

Set up within the framework of the Berlin Energy and Climate Protection Programme 2030, the YCCB focused on relevant fields of action.

By the end of the first half of 2021, the final goal was to develop demands at the Young Climate Conference Berlin in June 2021 and address them to politics at the end of the conference.

The project’s goals at a glance: The core values are:

From 17-18 June 2021, the Young Climate Conference Berlin invited young Europeans to spend two days in the virtual conference venue gather to exchange, learn & collectively develop concrete demands to improve local climate protection policies in the city of Berlin. The ideas for improvement were officially handed over to Berlin’s city administration at the end of the event in order to influence the process of the further development of the Berlin Energy and Climate Protection Programme 2030.

After a personal and enthusiastic input from Elena Višnar-Malinovska (EU Commission, Head of Unit “Adaptation” in the Directorate General for Climate Action) about the importance of youth engagement at European and local level and the address by Scient Youtuber Jacob Beautemps about the relevance of cooperation for reaching the goal of climate neutrality, the participants dived into the different fields of action of the BEK 2030 in a bunch of participative topic workshops. Under the guidance of the Kipppunkt Kollektiv and together with other climate enthusiasts, activists & topic experts, the individual working groups were united by the burning question:

Even if the city of Berlin has set some good examples when it comes to tackling the challenges of climate change and even if first measures have been implemented at an early stage, and are continuously being further developed and expanded, there is room for improvement: How can our climate goals of becoming climate neutral by 2050 be pursued and implemented in our local but also European context?

Before working simultaneously on the virtual white board, topic experts gave short thematic impulses and were available for the participants’ questions. Afterwards, the participants of the workshops worked out their own ideas on climate change and handed it over to the Berlin Senate Department for Environment, Transport and Climate Protection in the Final Claiming Act.

Welcome & Introduction to the YCCB Conference 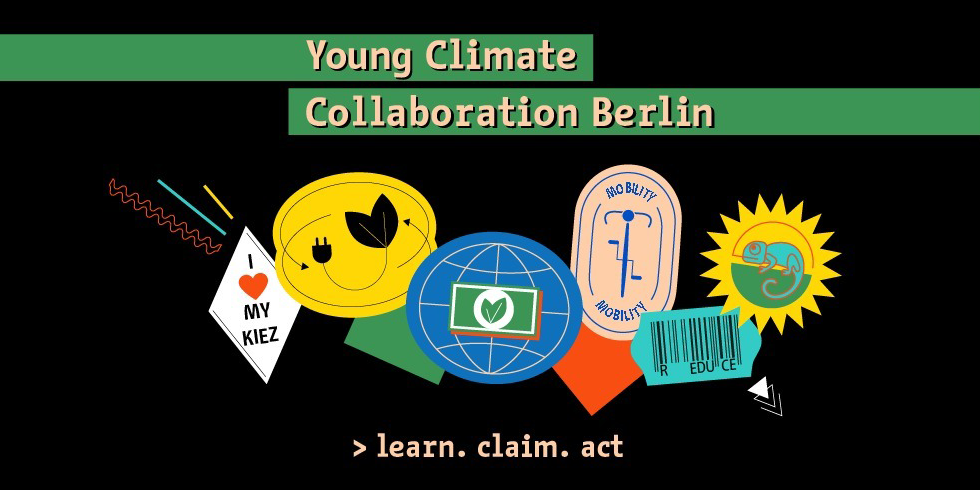 From March to May 2021, the Young Climate Campus Berlin formed the learning roadmap to the Young Climate Conference Berlin: gaining essential knowledge and skills, in order to form a well-founded opinion & get political decision-makers to take real action on climate change in Berlin and beyond. Against this background, the Climate Talks and the content management on the project’s own Instagram Channel yccberlin (see below) were dedicated to the aspect LEARN by exploring the different fields of action of the BEK 2030 in a practical way.

The Climate Talks offered a series of six digital expert talks focusing on the different fields of action of the Berlin Energy and Climate Protection Programme 2030 (BEK 2030). Berlin, like any metropolis, is faced with a growing population. This goes hand in hand with a demand for space on the one hand, and the challenges of climate change on the other. How can densification of living space, the reutilization of urban areas and quality of life be reconciled with each other? How do we bring together social and ecological justice and sustainability in an urban space that needs to adapt quickly to ever-changing demands and conditions? Is it possible to reduce our personal carbon footprint to zero while living in a metropolis like Berlin? What about citizens who cannot afford organic food, green electricity and sustainable fashion? This Climate Talk on Private Households and Consumption will address how to get everyone on board when it comes to our personal contributions to climate protection and the impact we can all make as consumers. Where does Berlin stand on its way to a #SolarCity? Which actions can we as citizens take, in order to encourage and support a more carbon-neutral energy consumption within the city? How can we maximise the given potential? In this third Climate Talk we want take a closer look at Berlin’s Masterplan Solar City: its aims, its challenges and how we can participate in this ambitious urban energy transformation. In 2018, Berlin launched the #MobilityAct, an unprecedented law in Germany to boost climate-friendly mobility. Still, looking at Berlin’s streets, one could think that the road belongs mainly motorized vehicles. How is this possible and what concrete measures are taken to provide cyclists and pedestrians access to a convenient and safe urban space? How could an alternative use of the city’s road look like, and how could we get there? This Climate Talk will address these questions – and yours! – to critically reflect on the changing mobility patterns in Berlin and how the city needs to take action to adapt to them. 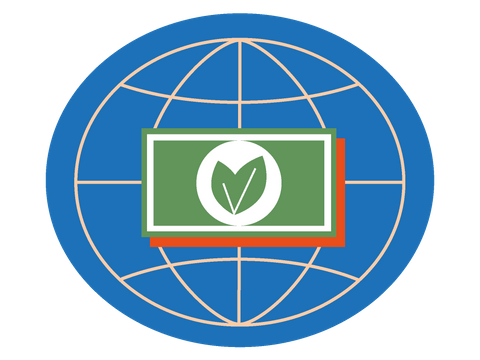 Berlin is Germany’s No. 1 start-up city. How can greenpreneurs, socialpreneurs and other socially and ecologically responsible actors have a lasting impact on the economic nature of the city in a sustainable way? Is our current economic model suitable for that? Does it need some “green” adjustments or do we need a systematical change towards an economy of the “commons”, with nothing belonging to anyone and everything belonging to everyone? Explore and discuss these questions with us in this Climate Talk when we look at how to make the economic nature of our urban space climate-friendly and socially maintainable for the future. Despite all our efforts, we will not be able to prevent all the impacts of climate change on the city of Berlin. The city needs to find ways to adapt to rising temperatures and extensive dry summers, by coming up with measures such as the creation of green spaces and the unsealing of paved roads. How do we implement these measures? And how will this adaptation influence our daily lives as individuals? Together with experts we want to dive deeper into these questions, exploring and discussing options and necessities in order to prepare the city’s infrastructure and citizens for future changes Come and join us for this last Climate Talk before the Young Climate Conference Berlin! During the CAMPUS period from March to June 2021, a team of six young media agents developed their own ideas and improved their social-media-skills under the guidance of the communications expert team from part while creating content for the project’s own Instagram channel @yccberlin. By doing this, they got the chance to dive into the local climate context and built up a network of relevant local climate initiatives.

Is there a particular event or fact that encouraged you to get involved in this fight against climate change? What, in your opinion, will be the biggest challenge to overcome in the next years to make Berlin climate neutral by 2050? Are there any policies being considered to reduce single-use plastics, both in gastronomy/take out and supermarkets? What predestines Berlin as a city to lead the way in the climate transition? BEK 2030 mentions the crucial role of partnerships, for example with other cities or with the private sector. Which partnerships are already running successfully and where do you still see potential? BEK 2030 states that the public sector should go ahead as a role model. What does a climate-friendly working day look like at the Senate? What could be improved?