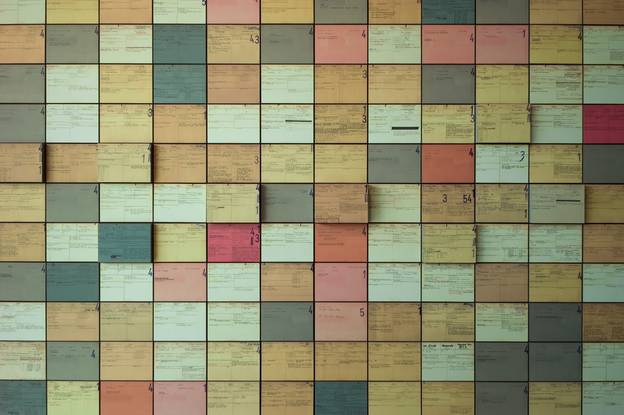 The permanent exhibition "Topography of Terror" focuses on the central institutions of the SS and police in the "Third Reich" as well as the crimes committed by them throughout Europe. Visitors are guided through the topics of the five main chapters along a "Tafelband", which presents mainly photographic material, as well as thematically assigned desks with documents (facsimiles): I. The National Socialist Takeover; II. Institutions of Terror (SS and Police); III. Terror, Persecution and Extermination in the Reich; IV. SS and Reich Security Main Office in the Occupied Territories; and V. The End of the War and the Post-War Period. The in-depth section contains computer stations and reading folders and offers information that thematically goes beyond the exhibition in some cases.