Cultural and leisure venues are currently only allowed to open under strict hygiene guidelines. Events are permitted in accordance with hygiene regulations. The 2G+ rule applies indoors. Further information »

Berlin's nightlife is considered one of the most exciting and varied in the world. Clubs such as Berghain and Watergate attract international top DJs and the dancing does not stop until the early morning. This club guide presents Berlin's most exciting party venues and discos including addresses, descriptions and public transport. 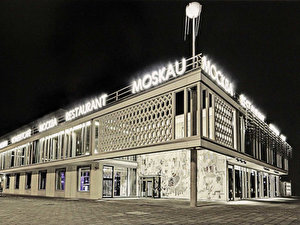 The hip-hop, R'n'B and house club resides in the former Café Moskau at Karl-Marx-Allee in the city's centre. more 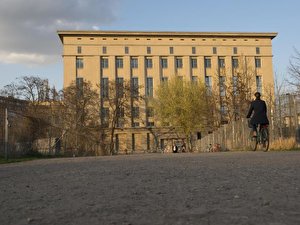 The Berghain in the district of Friedrichshain is one of the best techno clubs in the world, famous for its parties from Saturday night to Monday morning. more 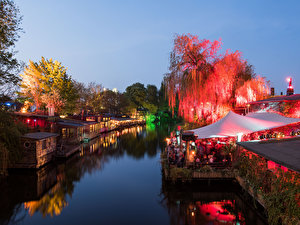 A hugely popular waterside bar and lounge area in the district of Treptow, the "Club of Visionaries" is the ideal spot for summer evening parties. more

The electro and house club on the 15th floor of a listed building at Alexanderplatz boasts a large summer terrace on the 17th floor, which offers a breathtaking view of Berlin's eastern city centre. more 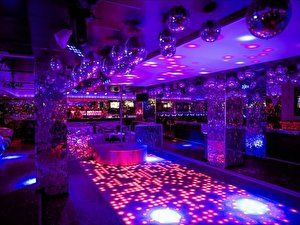 The classy Maxxim Club, so-called "party living room of West Berlin" at Kurfürstendamm attracts celebrities from around the world. The music ranges from R'n'B and soul to house and hip-hop. more 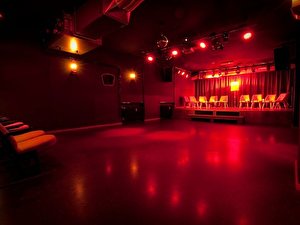 Located in the district of Kreuzberg, the cosy PrivatClub is a popular nightlife spot for concerts and parties with musical styles ranging from Soul, Rock and Jazz to Italian pop music, Latin and hip-hop. more 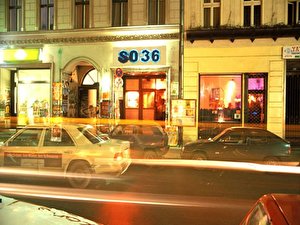 The legendary SO36 is a remnant of Kreuzberg's late 1970s wild punk and anarchy era. Today, the club offers a mix of 80s and Balkan to techno and gay parties. more

The world-famous electro, house and techno club is situated at the Oberbaum bridge between the districts of Friedrichshain and Kreuzberg. It offers a fantastic view of the River Spree from its dance floor. more 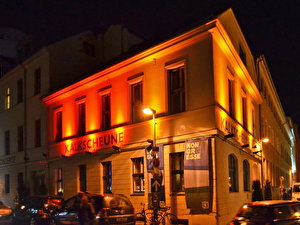 Descriptions, addresses and photo galleries of the most interesting and important party locations in Berlin (german). more