Victims of the Wall 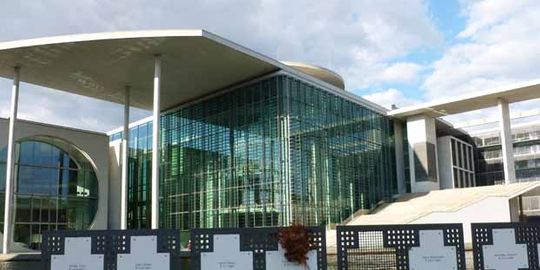 Well over 100,000 citizens of the GDR tried to escape across the inner-German border or the Berlin Wall between 1961 and 1988. More than 600 of them were shot and killed by GDR border guards or died in other ways during their escape attempt. They drowned, suffered fatal accidents, or killed themselves when they were caught.

At the Berlin Wall alone, at least 140 people were killed or died in other ways directly connected to the GDR border regime between 1961 and 1989, including 100 people who were shot, accidentally killed, or killed themselves when they were caught trying to make it over the Wall; 30 people from both East and West who were not trying to flee but were shot or died in an accident; 8 GDR border guards who were killed on duty either by deserters, fellow border guards, a fugitive, someone helping fugitives, or a West Berlin police officer; and at least 251 travelers from East and West who died before, during, or after inspections at checkpoints in Berlin. These figures do not include the people who died of grief and despair over the Wall’s impact on their personal lives.

Laws, regulations, and orders governed the use of firearms on the external borders of the GDR. In an order issued by the GDR’s Ministry of Defense in October 1961, for instance, border troops were permitted to shoot in order to “arrest persons who ignore the border guards’ order to stop or who keep running after a warning shot is fired and are obviously attempting to violate the GDR frontier” and if “there was no other way to make an arrest.”

There was no legal requirement to shoot to kill. However, for troops deployed on the border, commendations and bonuses for guards who had shot and killed escaping fugitives, ideological indoctrination of young draftees and soldiers, and laws that under certain circumstances criminalized escape attempts all tended to transform the “permission” to use weapons into a kind of obligation to use them.

It was not until 3 April 1989 that an announcement made by SED General Secretary Erich Honecker led to GDR border guards being instructed to stop using “firearms” to “prevent border violations.”