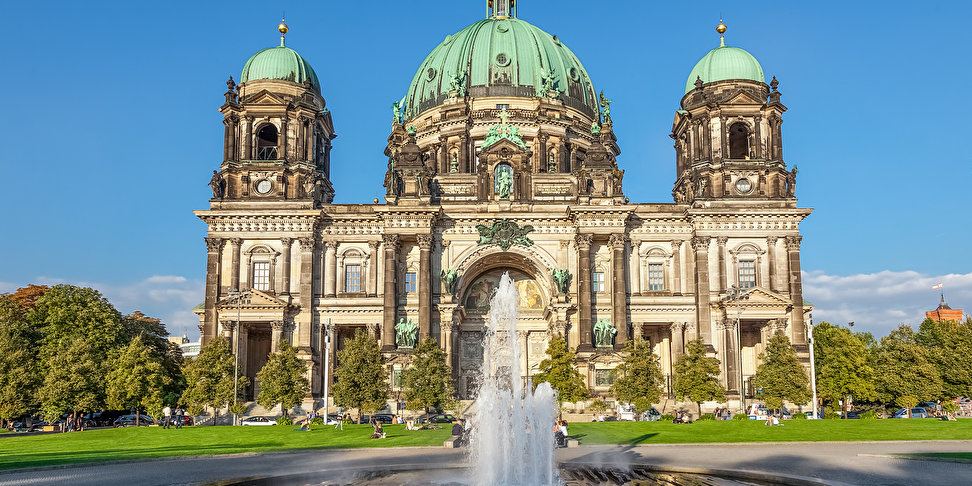 Discover world-famous sights such as the Berlin Cathedral and the Museum Island, the largest museum ensemble in the world, which is a UNESCO World Heritage Site. Further highlights of the tour are the Nikolai Quarter and the TV Tower, the former State Council building and the disappeared Palace of the Republic, which is now being replaced by the Berlin Palace, the old Bauakademie as well as the Kommandantenhaus, the Old Museum and the Lustgarten and much more.

Besides many stories you will also learn a lot about Berlin jargon and its development with funny examples of the popular dialect. The city tour can be ideally combined with other excursions, such as detours to nearby Hackescher Markt, Gendarmenmarkt or a boat trip through the historic centre of Berlin.

The tour starts in front of the Domcafé to the right of the entrance to Berlin Cathedral (Am Lustgarten, 10178 Berlin).
City Tour with Museum Island and Berlin Palace€10.00Info & Booking

Please note: The online ticket is sent by e-mail immediately after the booking and can also be shown on the smartphone (a printout is not required).

Highlights:
According to your wishes - guided tour of Berlin's city centre, Government district, or themed tours.
Length:
2-3 hours or by arrangement