The exhibition in Berlin's German Historical Museum explores the revolutionary events in Russia and the early Soviet Union and their impact on European countries. The exhibition brings visitors closer to the complex revolutionary events in Russia in 1917. In doing so, it mainly deals with reactions and counter-reactions in selected European and non-European countries. In addition, contemporary references are established to enable a better understanding of current political conflicts.

A Europe with different political developments

The Russian Revolution in 1917 and the accompanying civil war marked a cultural and political rethinking far beyond Russia's borders. The events in Europe's largest country and the founding of the Soviet Union in 1922 led to a new political system which contrasted with the development of many European states. This was the origin of the conflict between different political models far before the start of the Second World War.

Deutsches Historisches Museum on the map 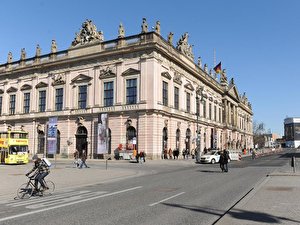