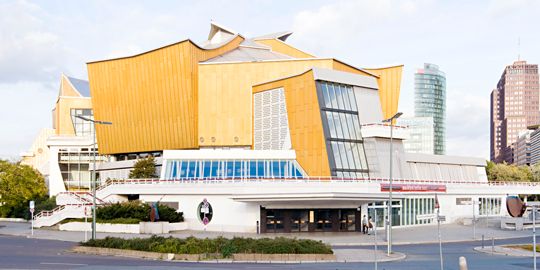 The Federal State of Berlin currently provides funding to seven major orchestras. These include the world-famous Berliner Philharmoniker; Konzerthausorchester Berlin; the Rundfunkorchester Deutsches Symphonie-Orchester Berlin and Rundfunk-Sinfonieorchester Berlin – both of which are administered by the Rundfunk-Orchester und -Chöre GmbH (ROC GmbH), which also operates the choirs Rundfunkchor Berlin and RIAS Kammerchorunkchor Berlin – and the orchestras of Berlin’s three opera houses. Staatskapelle Berlin, the orchestra of the Berlin State Opera on Unter den Linden, was first mentioned in official documents in 1570 and is one of the world’s oldest existing orchestras.

Funding is also provided to the Akademie für Alte Musik Berlin, a period-instrument ensemble specializing in historically informed performance. The orchestra’s mission is to restore and maintain European historical musical heritage, to develop a modern orchestral repertoire and to conceive and present concert formats for outreach and educational purposes, in particular for younger target audiences.
Berlin is also the home of two concert venues of outstanding architectural and acoustic qualities: located close to Potsdamer Platz, the Philharmonie is the seat of the world-famous Berliner Philharmoniker, while the Konzerthaus am Gendarmenmarkt is the home venue of the Konzerthausorchester Berlin.
On 1 January 2002, the Berliner Philharmoniker was re-constituted as a public trust foundation of the same name. Operating as a department of Konzerthaus Berlin, the Konzerthausorchester is administered as an organizational unit of the Federal State of Berlin. Berlin’s two radio orchestras, Rundfunkorchester Deutsches Symphonie-Orchester Berlin and Rundfunk-Sinfonieorchester Berlin, are operated and administered by the not-for-profit Rundfunk-Orchester und -Chöre GmbH. The organization, which also administers Germany’s oldest radio choir, Rundfunkchor Berlin, as well as the RIAS Kammerchor, is funded by Deutschland Radio, the federal government, the Federal State of Berlin and Rundfunk Berlin-Brandenburg.