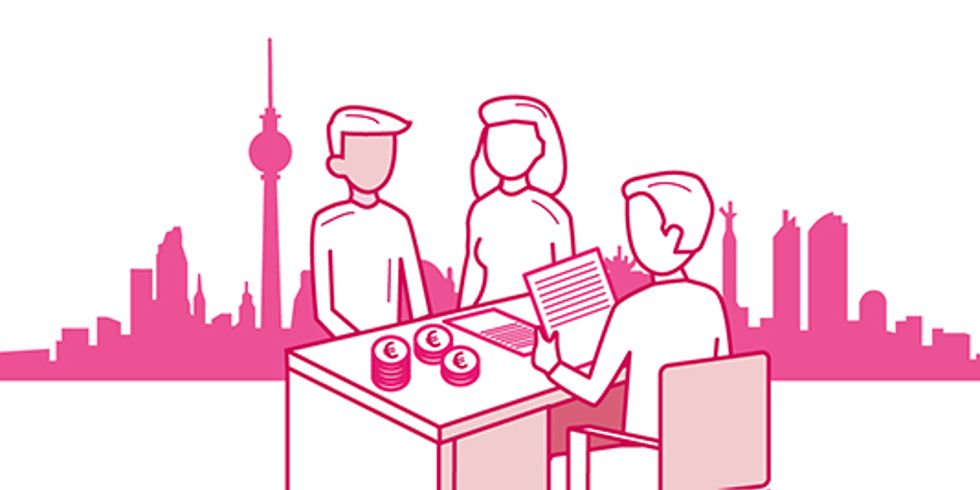 How does the German tax system work?

In Germany, there are 40 different taxes. The money collected through taxes is shared between the federal government, states and local authorities. The uses of the money include the financing of schools, roads and social support.
The contacts for all questions concerning taxes are the tax offices and tax consultants.

Some taxes are so-called “excise taxes”. They are charged as a percentage on the price of goods or services and must be paid by the consumer. Examples are turnover tax and value added tax which are charged on almost all goods, or mineral oil tax which is paid on petrol.

Other taxes are designated as “income taxes”. They are charged where a profit, income or gain occurs – thus for example income tax, which is deducted from the earned income of employees and paid by self-employed people on their profits. There are also trade and corporation taxes, which are paid by companies.

As an employee, there is generally no need to worry: the tax to be paid is deducted directly from your wages by your employer and remitted to the tax office. This is principally the wage tax and the so-called “solidarity supplement”, a supplement on the wage tax to finance the costs of the German reunification. If you are a member of one of the two large Christian Churches, then Church tax is also deducted, which the state collects but forwards to the Churches which can then decide alone on the use of these taxes.

As a self-employed person, unlike employees, you must regularly declare your income to the tax office, so that your taxes can be calculated. To do this, you must determine your profit. For small businesses, it is sufficient to show income and expenditure against each other for this. From a certain company size, you must show all assets and liabilities against each other on a balance sheet.

In addition to income tax on profit, self-employed people must generally also pay turnover tax on their entire turnover. Up to an annual turnover of 17,500 euro, however, you can be exempted from this by the tax office.

If you are becoming self-employed in Germany for the first time, it may be sensible to take advice from a tax consultant.

The tax ABC from the Berlin senate department for finance provides extensive information for taxpayers.

How much tax must I pay?

The amount of tax you must pay is governed by your tax class. In turn, the tax class is dependent upon your income and life circumstances. In Germany, there are six tax classes. Your tax class is stated on the payslips that you receive from your employer. The tax class is determined from the annual tax return, which you must submit to the tax office.

Employees pay income tax through salary deductions. The employer remits this tax directly to the tax office. It comprises:

For self-employed people, the income tax may also include additional taxes that are dependent upon the legal form of self-employment:

As a spouse or civil partner, you have the option to combine tax classes with your partner.

For our current consulation services and current information please visit the German version of our website. This page is not current.