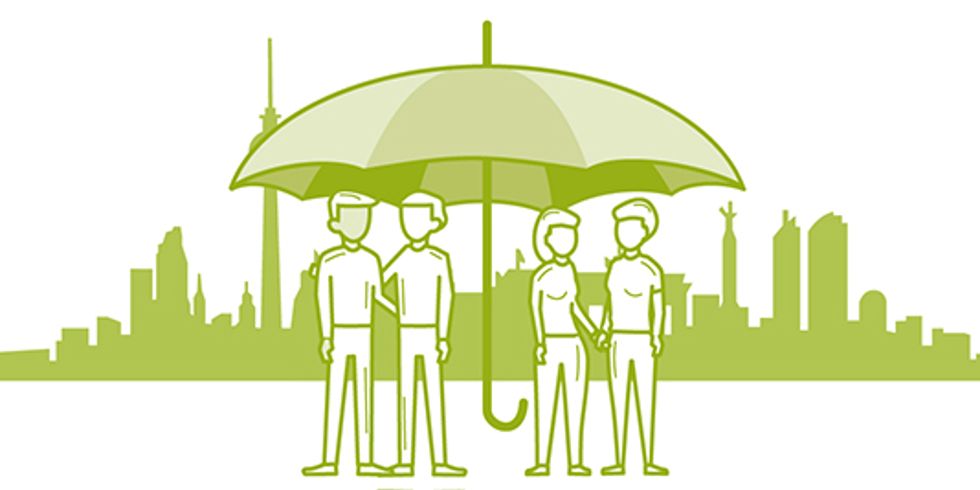 Berlin is a rainbow city, committed to open-mindedness, acceptance and mutual respect. The rainbow has become a global symbol of freedom and equal rights for homosexual and transgender people.

People living in Berlin have various sexual orientations and gender identities. For over 25 years, Berlin has pursued an active policy for the interests of lesbian, gay, bisexual, transgender and intersex (LGBTI) people. As such, Berlin is an attractive city offering many amenities for LGBTI people. For homosexual, bisexual, transgender and intersex refugees, there are also special counselling and support provisions. Find out!

Did you know, in Germany…

Who can help in the event of discrimination or violence?

Although same-sex love is increasingly accepted, people living as homosexuals may be subject to violence or discrimination even in Berlin. The same also applies for transgender and intersex people.

In Berlin there is a good network of counselling services. These counselling services will support you and discuss with you what is best for you to do if you have experienced discrimination or violence. Every step is agreed with you and all information is treated as confidential. Consultations are free of charge.

As well as these counselling services, the Berlin police and the Berlin public prosecution service also have their own LGBTI contacts who work closely with LGBTI organisations and are able to support you.

A handout on care and support for LGBTTI* refugees can be found in the PDF.

For our current consulation services and current information please visit the German version of our website. This page is not current.