The construction of the present map rests on a web of methods each built upon the other. The basic method is the Braun-Blanquet 1964 technique for monitoring vegetation. This technique is commonly used in central Europe and is based on an area-oriented process. The primary monitoring units are vegetational analyses of several areas. Each area measures up to several hundred square meters and has a uniform vegetational structure. These analyses describe the floric composition of the area, including the degree of coverage according to species. The attached table is based on the Braun-Blanquet type system, based on floric criteria in the framework of a total hierarchical concept (phytosociology in the narrower sense). Both the underlying vegetational analyses as well as the classification of the community units according to the used scale were taken from existing literature. No new vegetational analyses were conducted. 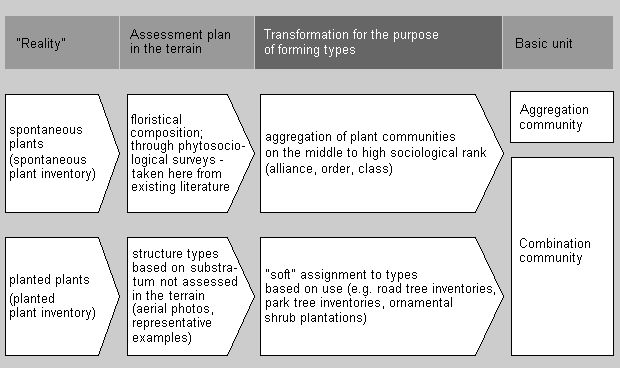 Fig. 2: Scheme for the derivation of basic units when planted and unplanted vegetation occur together
Image: Umweltatlas Berlin

The next step in drawing up the Map of Vegetation Types was to assign these basic units to area types. However, no specific studies on the planted portion of the vegetation exist. Therefore, amount estimates were made in 5 % intervals for the most prevalent three to four basic units (composed equally of aggregation and combination communities). Finally, a numerical similarity analysis (cluster analysis; cf. Wildi and Orloci 1983) was conducted. The result led to a designation of 15 types of vegetation from the area type “settled area” (101 to 115 in Fig. 4). One type, “vegetation at sport places etc.”, was assigned to “open spaces” (201).

The naming of the vegetation types is based on three dominant basic units. Each basic unit is followed by a percentage of land area. These percentual figures give the statistical probability for the appearance of the basic unit within a vegetation type on any given land segment. For built-up areas the most important area types which are characterized by a corresponding vegetation type are listed in brackets. A cluster analyis was not conducted for outer areas. The naming of vegetation types followed the above procedure, with the exception of the forest area.
The areas used as forest plantations also carry a mixture of planted and spontaneous vegetation. A deviation from the normal naming procedure was made, since at present no nomenclature exists that separates both components (cf. Zerbe and Sukopp 1995). Instead, vegetation types in the forest areas were idealistically labelled as uniform. An attempt to differentiate individual forest communities would have cost tremendous amounts of time and effort. The concept community series (after Scamoni 1963) is used instead. This concept embraces the near-natural character of a forest community in a particular habitat, as well as all modifications caused by forestry. Accordingly, a pine or spruce forest lying within the habitat of a fresh oak-hornbeam forest belongs to the habitat of the latter.

Nevertheless, every single inventory from Figure 3a was assigned a hemerobiotic value in order to differentiate between areas heavily modified by forestry (e.g. young pine plantations following a forest clearing in East Berlin) and those with a larger proportion of near-natural stock. These values were proportionally evaluated at the level of individual forest sections (cf. Formula (1), Fig. 3b) and then assigned to the classes represented in the map (cf. Fig. 3c). 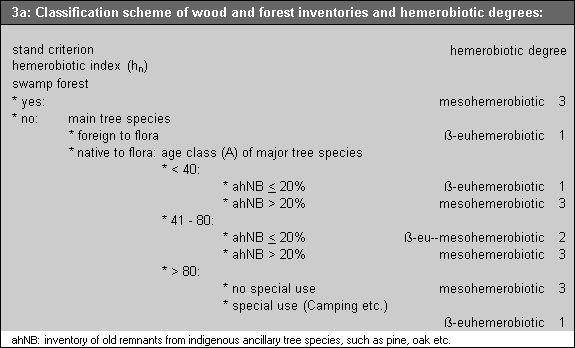