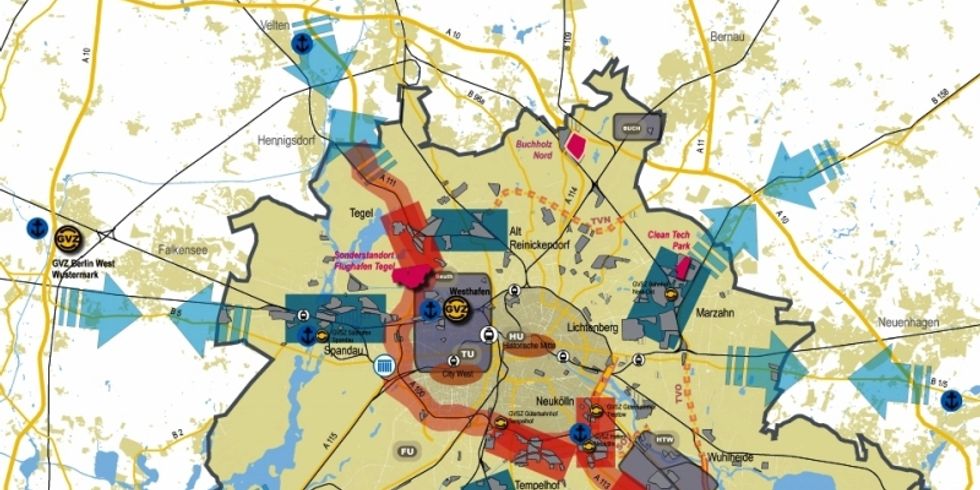 The Senate Department’s involvement in Berlin’s planning process seeks to integrate economic concerns into the different planning levels at an early stage. As a public authority, the Senate Department for Economics, Technology and Research can exert an influence both through its formally regulated participation in planning procedures, such as land use planning or land and district development schemes, and its work in steering groups on the borough or Senate levels.

The Development Concept ensures that sites are free from the pressure caused by changes in permissible use, and that companies interested in locating there can find suitably priced areas for manufacturing facilities and related services. It describes the site locations, infrastructure, existing use and specific features, and provides information on planning law. In this way, the Development Concept dovetails with Berlin’s other spatial planning policies for the economic sector.