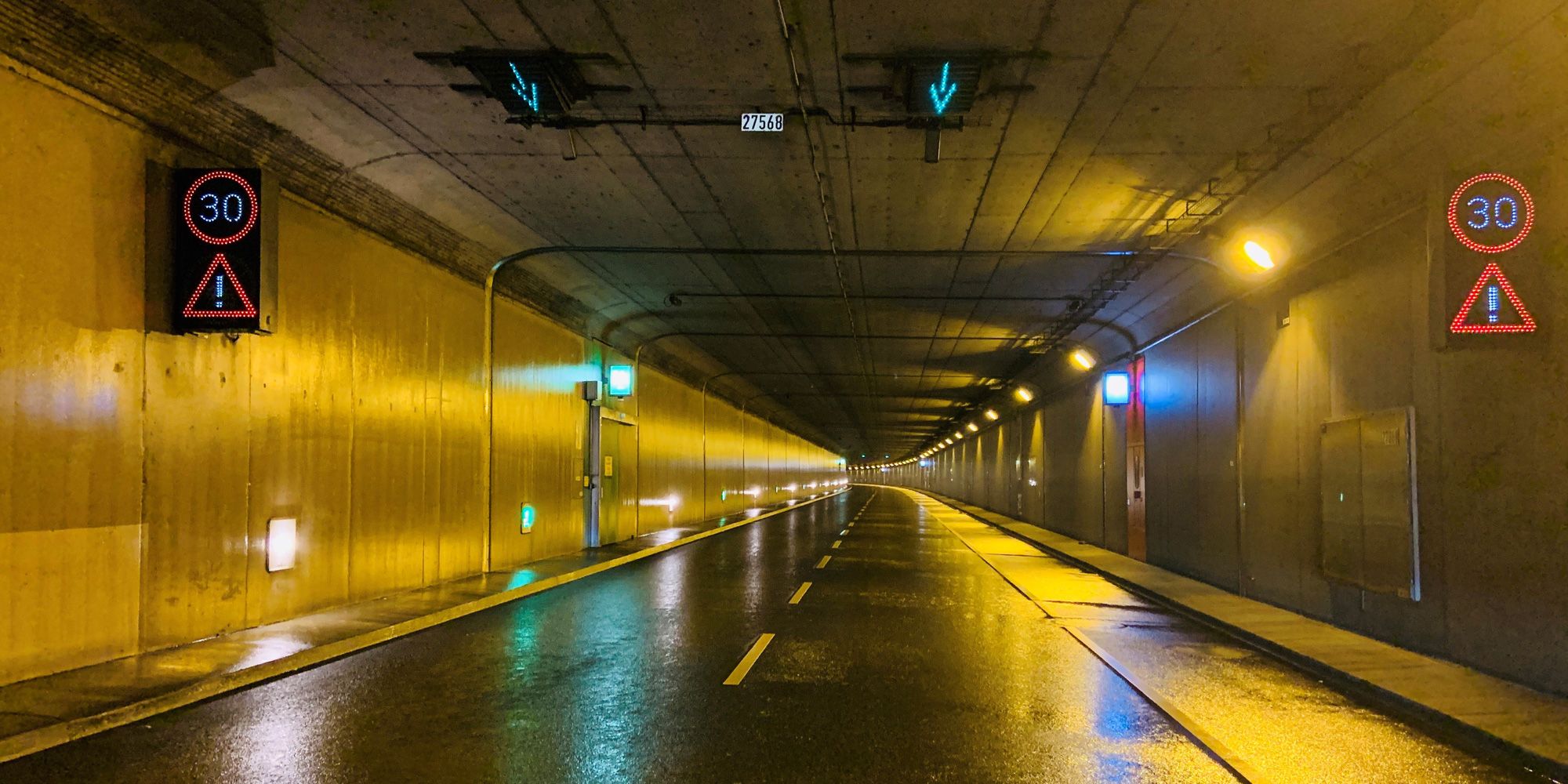 Today modern Variable Message Sign Systems (VMS) are an important contribution to making traffic safer and improving traffic flow – also and particularly in Berlin. The benefit is considerable: In addition to the improvement of traffic flow emissions will be reduced.

With traffic control systems and by the use of Variable Message Signs (VMS) on the Berlin motorways traffic data such as speed, traffic volume, moisture and visibility are automatically collected and evaluated by traffic computers. Depending on the traffic situation the computers send commands to the Variable Message Signs in order to automatically activate speed limits, passing prohibitions or warning notices as “Traffic Jam” and “Slippery Road”, and to make traffic flow more smoothly. Tunnels will be automatically closed by means of signals in case of fire danger.

Furthermore the traffic control centre has the option to manually activate the mentioned traffic notices and also other ones such as “Danger”, “Construction Site”, or “Danger of skidding due to ice or snow”, and lane closures.

Traffic data are broken down into passenger cars and lorries and collected every 15 seconds usually by means of radar detectors which are placed above the lanes and which are transmitting the data to the corresponding traffic computer via the route stations of every section of display.
In addition to using data for the traffic control, these can also be used for statistical evaluation.

VMS are equipped with light-emitting diodes which compared with conventional optical fibres have the advantage of an enhanced readability. By use of patented optics the phantom light effect caused by incident solar radiation can be avoided. Additionally, the power consumption is approx. 90 % lower than by using optic fibres. Light-emitting diodes have a considerably longer life-cycle than the previously used halogen bulbs. Therefore, energy consumption, energy and maintenance costs are extensively lower.

Berlin’s urban motorway A 100 gives an object-lesson in terms of VMS. It is one of the most heavily used motorways within the federal motorway network. Around the motorway junction Funkturm the averaged vehicle volume amounts to 190.000 vehicles per day. Despite the broad development of intra-urban sections with three lanes in each direction, for a long time many accidents happened along with frequent traffic jams. Due to up-to-date traffic control the traffic flow on the Berlin motorways could be considerably eased.
By use of VMS traffic has become safer, smoother and more harmonious than before. Although the volume of traffic has been increasing in last years, it is possible to reach the maximum speed limit of 80 km/h for a longer time in the course of the day than in the past. Traffic jams cannot be fully avoided especially during rush hours, but their duration can be reduced.The traffic notices “Traffic Jam” or “Congestion Warning” help to avoid rear-end collisions at the end of a traffic jam.