Müller at the 5th UCLG World Congress and at HABITAT III 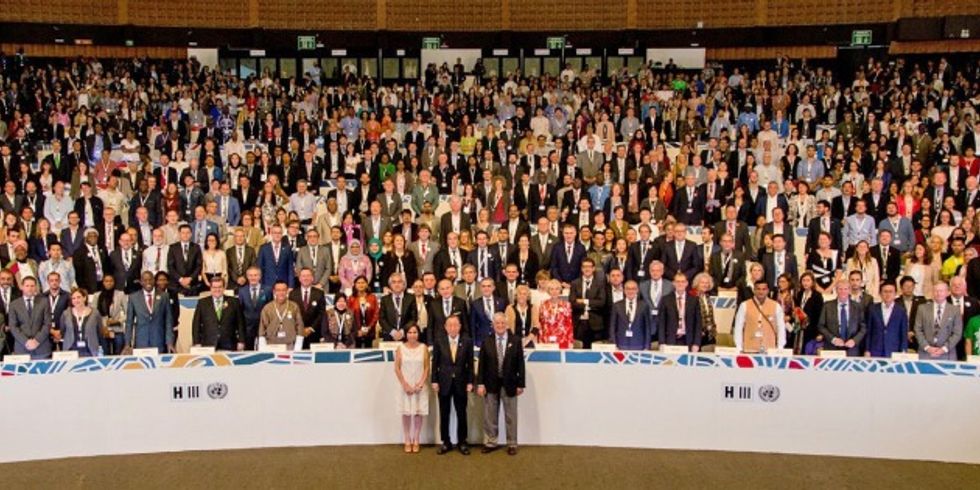 From 14 to 19 October 2016, the Governing Mayor of Berlin, Michael Müller, traveled to Columbia and Ecuador, where he took part in the 5th UCLG World Congress in Bogota and the United Nations Conference on Housing and Sustainable Development, or HABITAT III, in Quito. In Bogota, mayors of many UCLG member cities laid out their expectations of the New Urban Agenda, which were then adopted by the United Nations in Quito. The Governing Mayor also took part in electing UCLG’s next president, met with various mayors, and was invited to festivities organized by the Bogota city government at the close of the 5th UCLG World Congress.

In Quito he spoke with the local bus company and met the entire German delegation. As a co-president of Metropolis and spokesperson for the HABITAT III process, he spoke at the Second World Assembly of Local and Regional Governments. After UN Secretary-General Ban Ki-moon officially opened the HABITAT III conference, the Governing Mayor addressed the special session on housing. The United Nations organized this special session and others as a framework for the closing debate on the New Urban Agenda. After the opening of the German pavilion at the HABITAT III Exhibition, Governing Mayor Müller and his colleagues from Metropolis and UCLG had a short meeting with the Secretary-General of the United Nations.

You can find more Information in the Senate Chancellery press release or the presse release from the Senate Department for Urban Development and the Environment.