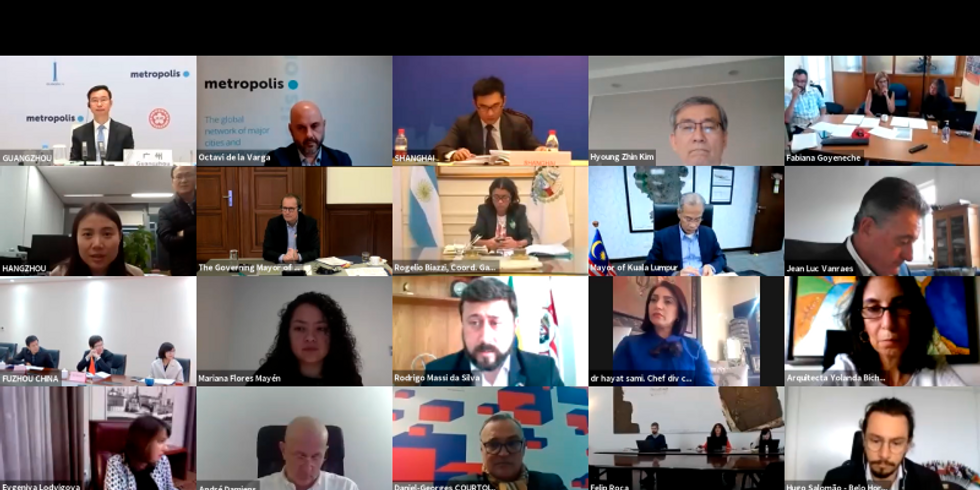 a part of the congress participants

On 30 October 2020, the international city network Metropolis convened for an online general assembly. Governing Mayor Michael Müller was elected a Co-President of Metropolis at this meeting.
He had served as President of Metropolis from August 2018 to November 2020; before that, he was Acting President starting in November 2017. As President, the Governing Mayor was a strong advocate of refining the Metropolis profile as a network of global cities and metropolitan regions.
By expanding the online platform “USE – Urban Sustainability Exchange”, among other things, he advanced Metropolis’s development as an important resource for knowledge on sustainable urban development. Michael Müller also introduced regular Policy Debates, thereby revitalizing political discussions within the network. In 2020, fighting the pandemic became a major focus for the network.