We invite you to follow our work and learn about the latest activities and events on this page. Among other things, we’ll keep you updated on visits from foreign guests of state, cooperation between Berlin and its partner cities, and the work we’re doing as a member of various city network organizations. 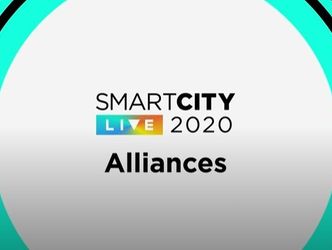 Governing Mayor of Berlin and President of Metropolis Michael Müller took part in a moderated discussion with Mayor of Polokwane and Co-President of UCLG Thembisile Nkadimeng on 17 November 2020 in the virtual session “The Global Voice of Cities”. More information 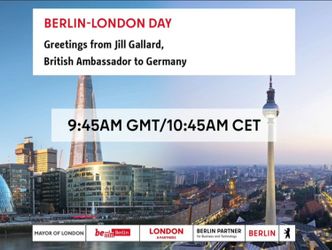 London and Berlin have been city partners since 10 October 2000, but the coronavirus pandemic unfortunately prevented us from celebrating our 20th anniversary with events held in person. More information 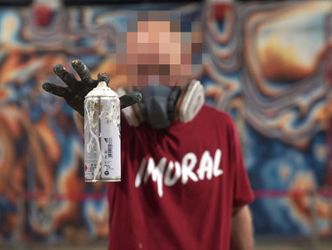 Snyder in front of the mural in Jakarta
Image: Snyder&Darbotz

On 29 April 2021 at 3:00 p.m., the Senate Chancellery and the House of Indonesian Cultures are hosting an online expert discussion in English in which the two artists Snyder and Darbotz give insight into the graffiti scene in Berlin and Jakarta. More information 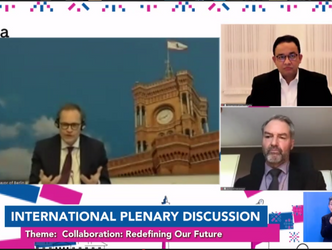 On Friday, 18 December 2020, the Governing Mayor was a guest speaker at the two-day forum of the Jakarta Development Collaborative Network (JDCN). More information 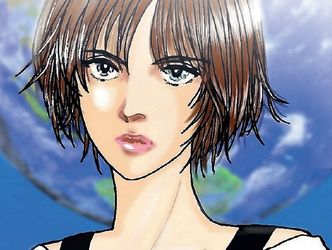 Every two years since 2005, the Deutsch-Japanische Gesellschaft Berlin (DJG Berlin – German-Japanese Society of Berlin) has organized a manga competition that is enjoying growing popularity nationwide. The theme of the ninth competition is “Distance and Proximity – 160 Years of Friendship between Germany and Japan,” and you are invited to submit your entries to the DJG by 31 August 2021. More information

Call for closer cooperation during the coronavirus pandemic 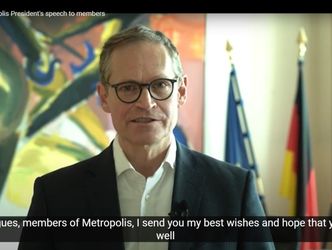 The Governing Mayor in his capacity as the president of Metropolis: “We need to step up our international cooperation.” More information

Project period: 2017 - 2020
In the context of Berlin’s activities in the Baltic Metropoles Network, the Senate Chancellery is a partner in this project supported by third-party funding from the European Commission. More information 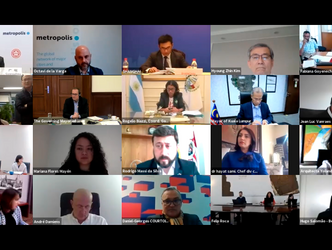 a part of the congress participants

On 30 October 2020, the international city network Metropolis convened for an online general assembly. Governing Mayor Michael Müller was elected a Co-President of Metropolis at this meeting. More information

Promotional Video for the Games Industry in the Baltic Sea Region 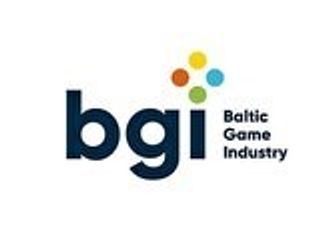 Jakarta and Berlin stand shoulder to shoulder in times of crisis 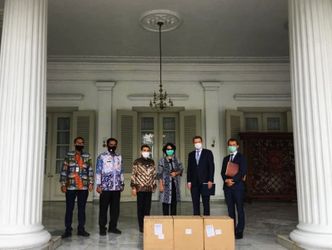 On 5 November 2020, the German Embassy officially presented a shipment of medical supplies from Berlin to Jakarta. More information 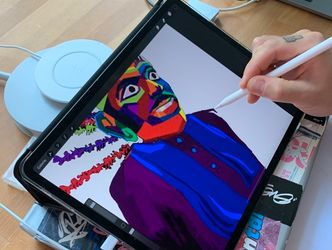 Challenged by the coronavirus pandemic, Berlin’s city partnership is responding with creativity. Two famous graffiti artists – Snyder from Berlin and Darbotz from Jakarta – are currently working on a shared motif in a digital exchange. More information 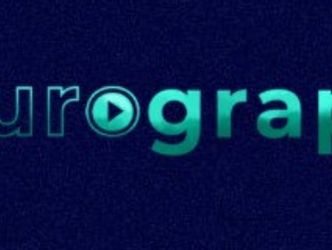 “Eurograph” is a digital project for which artists from the two partner cities Paris and Berlin reflect on and portray the founding values of the European Union. More information 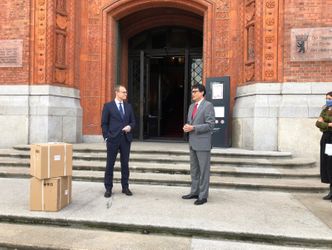 08.10.2020
On Thursday, 8 October 2020, the Governing Mayor and the Indonesian ambassador sent off a shipment of medical supplies to Jakarta. More information

The U20 cities hold a virtual summit 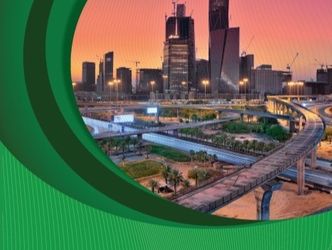 On 2 October 2020, the Urban 20 (U20) cities met in a videoconference. The cities involved in this initiative met for the first time in 2018 in order to contribute their shared concerns to the G20 process. Berlin has been part of the U20 since the very beginning, and Governing Mayor Müller also supports the initiative in his capacity as the president of the city network Metropolis, a U20 partner. More information 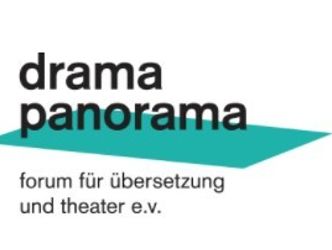 06.10.2017
The Berlin-Los Angeles city partnership is celebrating its 50th anniversary this year. A wide array of events will mark this anniversary throughout the year. More information

Berlin students get to know our partner city Jakarta

For the 2017 Jakarta International Youth Program, the Senate Chancellery held a citywide competition for students from Berlin who wanted to travel to the Southeast Asian metropolis Jakarta, Berlin’s partner city. More information

ART Festival 2017 – Exhibition of art from Japan and Berlin

International campaign “Cities for Life – Cities against the Death Penalty”

30.11.2016
The International Day for Life/against the Death Penalty was initiated by the “Community of Sant’ Egidio” in Italy. More information

Cities for Life. Global Summit for Inclusion and Resilience in Paris

Müller at the 5th UCLG World Congress and at HABITAT III

13.10.2016
Berlin and Buenos Aires are stepping up their cooperation in the area of climate protection. More information

She She Pop – Masterclass in Jakarta

02.10.2016
The collective She She Pop performed at the Salihara International Performing Arts Festival in Berlin’s partner city in October 2016. More information

Volunteers from Berlin in Paris for the Euro 2016

Visit from the Mayor of Montréal

International campaign “Cities for Life – Cities against the Death Penalty”

30.11.2015
The International Day for Life/against the Death Penalty was initiated by the “Community of Sant’ Egidio” in Italy. More information

Berlin to be guest city at Madrid’s XII Architecture Week

As part of the city partnership between London and Berlin, the Senate Chancellery is supporting the exhibition “ONE SQUARE METRE – Photography Meets Urban Art”. More information

07.03. - 11.03.2015
15 pedagogy specialists and teachers from the Moscow institute responsible for continuing education for specialists and management-level staff of the Department for Social Services will learn about how social services institutions in Berlin work. More information

28.02. - 07.03.2015
A group of students from the Berlin-Lichtenberg school “Grüner Campus Malchow” will travel to Moscow. More information

The European Charlemagne Youth Prize is being awarded in 2015 for what is now the 8th time. Applicants should submit their project proposals by 2 February 2015. More information

16.01.2015
President Bĕrziņš came to Berlin on a working visit to the International Green Week. More information