After the successful "Melancholic Paradise" tour, which was abruptly stopped by the Corona pandemic in March 2020, Tokio Hotel will return to the stage already in autumn 2021! 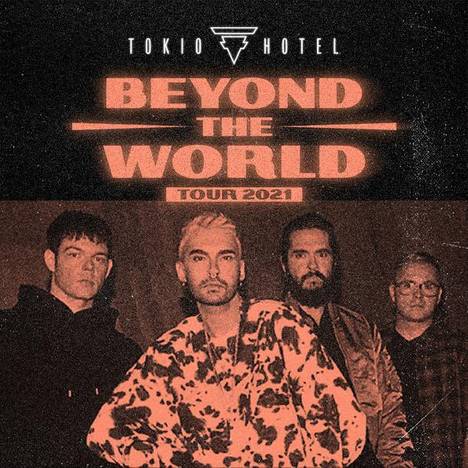 Tokio Hotel – Beyond The World Tour 2021

On their "Beyond The World" tour the band from Magdeburg will perform their classics and new songs like "Melancholic Paradise", "When It Rains It Pours" and "Chateau". They will also present their brand new, sixth studio album "Berlin", which is also released today. In their new show, they look behind their own world - just like their tour title.