Germany's most famous crooner Tom Gaebel celebrates 15 years live on stage together with his orchestra - a great occasion to go on a nationwide tour. 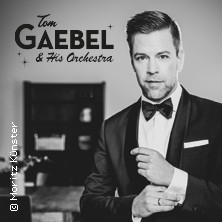 With light-footed improvisations, Till Brönner creates a musical arch from classical Christmas carols to thoughtful pop moments and elegant, laid-back remakes of American evergreens, just in time for the most important holiday of the year. more

Jazz from Istanbul: The project "Udgang" by Atahan Çiftçi Trio presents the oud, the Arabic lute. With simplicity and a distinctive harmony, the trio presents the audience with a very unique blend of Turkish music and jazzy timbres. more