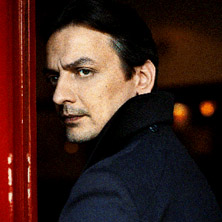 Two new albums by Peter Heppner inevitably raise the question of whether the man with the characteristic voice and the thoughtful handwriting in songwriting has become megalomaniac. One doesn't do that anymore today, really unleash a lot of music on the eternally hounded humanity! Normally.
Peter Heppner dances outside the norm
But around the norm the artist from Hamburg has always made a wide creative bow, which drew far-reaching interest in his music. Accordingly, the answer to the question is a clear no. Heppner does not indulge in any exaggerated urge for recognition with his new pop album "Confessions & Doubts" and the new dance album "Tanzzwang. Rather, in the six years since his last solo album, he has accumulated a potent cornucopia of song material that shows Heppner in his multifaceted essence. Accordingly, it is a beautiful happiness that the man, who is reluctant to be pinned down in his creative expression, reveals this essence with his two new albums as consistently as never before.
Peter Heppner - music's Renaissance man
For people who are 25 years old today, there has never been a time without Peter Heppner. Always on the move, never treading water, the 50-year-old has not gathered a breath of dust in more than three decades as a multifaceted music-producing force. Perhaps because he has remained a curious man. If you ask ten people who Peter Heppner is, you'll get ten different answers: singer, producer, composer, radio play narrator, painter, the voice of some hits of the electronic project Schiller, much-played duo half of Wolfsheim and Witt/Heppner. If you ask him directly who he is according to his self-image, you get a laugh: "I took a lot of trouble not to have to commit myself as an artist," he says. "After all, I haven't even tied myself down to one language; against all odds, I sing in German and in English, which I'm also a little proud of. When you create sincere and authentic works of art, they also always say something about the artist. They are like confessions."
Peter Heppner isn't afraid of "difficult topics"
"The fact that pop music is not only recorded for people whose hormones play circus has long been a concern of Peter Heppner. "Die Flut", "Wir sind Wir" or "Kein zurück" he would not have touched in the first place, if he as a songwriter could not seize the awareness to write outside the larifari lyrics factory. "I'm not afraid of difficult topics, I'm not afraid of adult titles," he emphasizes, referring to "Was bleibt," the first single release from "Confessions & Doubts."

In 2016, DJ Seinfeld spearheaded the lo-fi house movement and caused quite a stir in the electronic music scene. more