On 11 July 2020, Loveparade inventor and cult DJ Dr. Motte invites you to a birthday party in the Arena in the Gardens of the World. 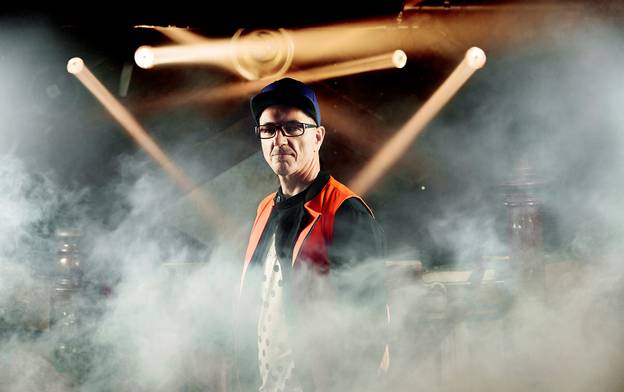 With the "Dr. Motte's Birthday Celebration 2X30" the world famous DJ Dr. Motte celebrates an open-air rave from 1 p.m. in the middle of the unique scenery of the gardens of the world. With an international line-up the park will be transformed for one day into a techno magic garden surrounded by flowers.
Sets from Kittin, DJ Rush, Industrialyzer, Saytek and many more
The name is program at DJ Rush. Fast beats and hypnotic vocals make up the unique sound of this Chicago DJ, producer and entertainer. Artist Kittin has long since put the "Miss" in front of her name. With her singles 1982 and Frank Sinatra, she created anthems for the underground electroclash scene, cementing the foundation for her rise to the international techno olympics early on.
The Portuguese Industrialyzer has made Amsterdam his adopted home. His musical style can be described in one word: uncompromising. He knows what he wants, and everyone dances to his beat. The London artist Saytek only releases his productions on headliner record labels. Above all Awesome Soundwave, the new live label of DJ legend Carl Cox. He has already performed live at Dr. Motte's birthday party at Suicide Club Berlin in 2019. There his current release Live from Dr. Motte's Birthday, Berlin was recorded.
Information about tickets and discounts
No concert admission for children/teens under 16 years of age.
Reduced rates apply exclusively to Grün Berlin Annual Pass Holders 2020. The annual ticket must be presented on the day of the event together with the admission ticket.

The multi-instrumentalist and producer presents his new album "Olympia". more