Alexander Marcus brings songs from his last album "Pharao" onto the open air stage. Club hits like "Hundi", "Papaya" or "Pitschi Pitschi Popo" will also be there. Good mood and dance mood guaranteed. 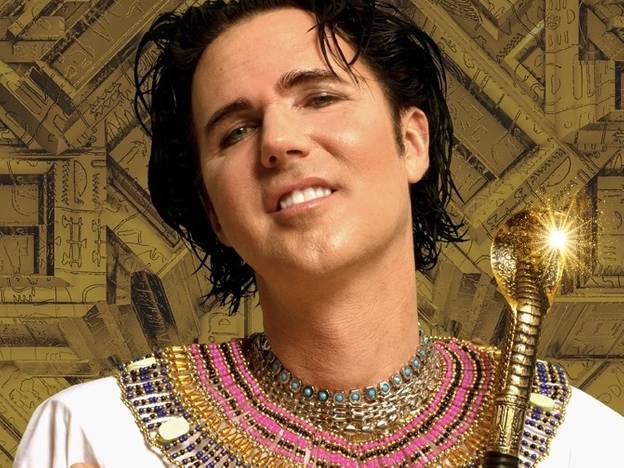 At the concert with Alexander Marcus in Berlin good mood and dancing atmosphere is guaranteed. Experience the King of Electrolore and the gigantic Pharao show.
From YouTube phenomenon to star with his own music genre
When his first hit "Papaya" was clicked a million times on YouTube, many people wondered who this weird guy was, splashing around in the lake with a globe to homemade beats. Today you don't have to explain to anyone who Alexander Marcus is. The music of the 49-year-old, whose real name is Felix Rennefeld, still doesn't fit into any pigeonhole. But that's why Alexander Marcus has simply created his very own genre with "Electrolore" (electro plus folklore), which is somewhere between electronic music, Schlager and Ballermann.
Good atmosphere guaranteed: Alexander Marcus in the Max-Schmeling-Halle
No matter if you recognize a deeper ironic sense in the bizarre songs of Alexander Marcus or just want to party - at the concerts of the German entertainer there is a mood like nowhere else. Even though his music doesn't fit into any pigeonhole, it's still a wonderful place to dance, roar and party. At the latest when Alexander Marcus plays the first chords of his hits "Hundi" or "Papaya", total ecstasy is pre-programmed.

Einstürzende Neubauten - The Year Of The Rat Tour

Twelve whole years have passed since Einstürzende Neubauten released their last studio album. Now they have released a new album for their 40th anniversary, whose songs explore the theme of Berlin. more