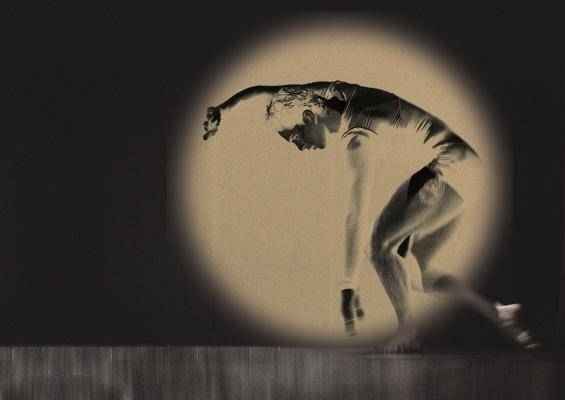 How tolerant is the gay community? Shouldn't the oppressed be the ones most eager to practice tolerance? Doesn’t solidarity come about naturally within a minority group? Gay men/queer people spend their lives struggling for acceptance and tolerance from society, but all too often fail to practice them themselves. The gay community might seem cohesive, unified, and celebratory from an outsider’s point of view—but it’s far from that in reality. Interdisciplinary artist duo Stephan Ehrlich and Ziyad Hawwas tackle this issue head-on with a solo dance performance and video essay from their perspective out of personal experience.

---Stephan EhrlichStephan Ehrlich began his career at the Semperoper Ballett in Dresden. Afterwards he danced in companies all over Europe, including the Finnish National Ballet, Companhia Portuguesa de Bailado Contemporâneo and Bern Ballet. In 2011, Stephan was a finalist at the International Sergei Diaghilev Choreography Competition in Łódź. Since studying choreography at the HfS "Ernst Busch" in Berlin, he has realized his own pieces and projects as a freelance choreographer, including the performance festival "Swimmingpool" in 2016. Stephan is the founder and artistic director of Images-Neue Choreografien. His work revolves around the richness and differentiation of physical aesthetics. Fundamental for him is the preoccupation with time direction.

Ziyad HawwasBorn in Egypt in 1983, Ziyad holds a bachelors degree in editing from the Higher Institute of Cinema, the Academy of Arts in Cairo. Since his graduation, he worked on several Egyptian film productions with. In parallel, Ziyad was editing short films, documentaries and ads between Egypt and Lebanon. During the 2011 Egyptian Revolution, Ziyad was a founding member of the independent media collective Mosireen. In 2016, he moved to Berlin where he presented his first video-essay ‘Raw / Everything Interests Me But Nothing Holds Me’. Since 2020 he became a member of HUJ:C collective.

O Mother Where Art Thou?

An artist as mother is surrounded by voices that on the one hand whisper to her that it is hubris to believe that both roles can be combined. On the other hand, she herself is firmly convinced that this can be achieved. Maybe even as a win-win situation? With... more

The winding paths of everyday life are not the same for everyone. Racism, sexism and other forms of discrimination exert violence in different ways on people. The Berlin-based choreographer and dancer Ricardo de Paula and the company Grupo Oito follow... more