Elton John's "Farewell Yellow Brick Road" tour takes him to Germany for the very last time. On 17 and 18 October 2020 he will perform in Berlin - in the Mercedes Benz Arena! more

After his successful shows in 2018/2019, Lenny Kravitz will again fill large halls in 2020. Among them the Max-Schmeling-Halle in Berlin! more

"Fashion is fleeting. Style never." With this quote Coco Chanel certainly didn't mean the Pet Shop Boys and yet it could stand above the long career of Britain's most successful duo if they now come on their "Dreamworld - The Greatest Hits Live" tour... more

Look forward to pieces by Puccini, Verdi and Giordano sung by the greatest soprano of today and her husband, probably the most sought-after tenor of today. A passion for arias and duets at the Philharmonie Berlin! more

After the 20th anniversary, the West-Eastern Divan Orchestra, led by Daniel Barenboim, returns to the Waldbühne in August 2020. more

Lionel Richie is an international superstar and legendary live performer. This summer he will bring his "Hello" tour to one of the most beautiful open air stages in Germany. more

Nick Cave & The Bad Seeds have announced a tour in Europe and the UK this spring. Known as one of the best live acts, the band will perform in 19 countries, four shows of which will be in Germany. more

International pop superstar Dua Lipa has now unveiled the title of his album 'Future Nostalgia', scheduled for 2020. The European Arena Tour of the same name will take the singer to Berlin! more

In the course of the release of her new album "Norman Fucking Rockwell" Lana Del Rey comes to the Mercedes-Benz Arena in Berlin during her tour through Europe. more

Billie Eilish: Where Do We Go?

If you want to experience Billie Eilish live and hear how an entire hall becomes one voice, you can do so at the two exclusive German dates of her "Where Do We Go? World Tour" 2020. In Berlin's Mercedes-Benz Arena the world's most popular pop star will... more

Iron Maiden will return to Europe in 2020 on the final leg of their "Legacy Of The Beast Tour" for a series of shows, including a concert in Berlin. more

There is hardly a world star who delights fans of every age group and nationality worldwide as much as André Rieu. more 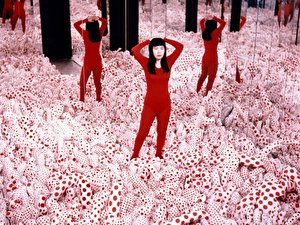 Highlights: The most important exhibitions in 2020

Preview of the most interesting exhibitions for the year 2020 in Berlin. more