According to Berlin's head of government Michael Müller (SPD), the possible opening of retail trade in federal states is intended to prevent «shopping tourism». A cyclist stands in front of the closed KaDeWe.

For this reason, Müller said after the consultations of the federal government and the Länder, all Länder had emphasised that there should be an agreement on a uniform procedure at least in neighbouring Länder. The decision paper states that from "today's perspective", the next opening step could be taken by the Länder if the "stable 7-day incidence" of no more than 35 new infections per 100,000 inhabitants. This next opening step should include the opening of retail trade with a limit of one customer per 20 square metres, the opening of museums and galleries as well as the opening of service businesses that are still closed.

Next opening steps in case of «stable 7-day incidence»

In response to a question about what a "stable incidence" means, Merkel said that such an incidence should be achieved on at least 3 days. She also emphasised that the goal should be to have incidences that are as comparable as possible throughout Germany. Neither a value of 50 nor a value of 35 could be the "end of the line". Until now, the value of 50 new infections per 100,000 inhabitants within seven days was an important target value for the federal government. 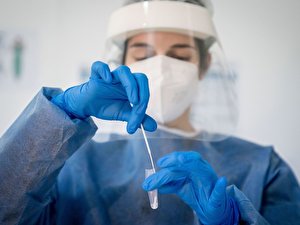 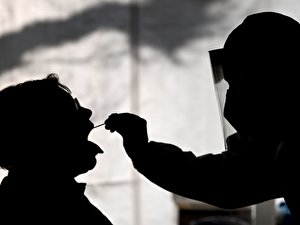 According to the Robert Koch Institute, the seven-day incidence in Berlin is below the important threshold of 100 for the third day in a row. more

The seven-day incidence in Berlin has fallen further and is thus below the important incidence value of 100 for the second time in a row. more