A so called hard lockdown in the Corona pandemic has been discussed for days. Berlin is planning significant restrictions on retail and longer holidays to contain the Corona pandemic. This was announced by the Governing Mayor Michael Müller in the Berlin House of Representatives on Thursday. "We will have to shut down retail," the SPD politician said. "Beyond grocery retail, all other shopping has to be closed, and it has to be done by 10 January, there is no other way." According to Müller, it has not yet been decided when this will apply - but it may well be before Christmas. "I can't tell you the specific day yet, whether it's the 23rd or the 20th, because we also have to coordinate this with Brandenburg and want to coordinate it," he said.

There must also be consequences at schools: "There are an incredible amount of contacts through school events, through lessons. And we have to avoid contacts," said Müller. "For this reason, I come to the conclusion that we have to extend our school holidays until 10 January, or it is also a variant to let the holidays end on the 4th, but then teach the pupils in a digital form or in another way."

Partial lockdown could only slow down infection dynamics

He wants to propose this to the Senate on Tuesday, Müller said. "We will discuss this with each other. I think it is a feasible way." The decisions on the partial lockdown from 2 November with the closure of restaurants, cultural and leisure facilities had indeed brought something. "We were able to slow down the momentum of infection. But that is not enough." Müller referred to full intensive care units and double-digit deaths per day in Berlin in connection with the coronavirus. "None of this is something you can put up with."

Most likely no Sunday shopping on 20 December

One consequence of the more far-reaching restrictions will probably already be felt on 20 December, the 4th Sunday of Advent. Because on that Sunday, shops in Berlin will probably not be allowed to open for pre-Christmas Sunday shopping. "We can't allow that," Müller said.

Müller: Health is "more important than a shopping experience".

He had seen the situation for himself on Tauentzienstraße on Sunday on 6 December. "It doesn't work like that. There is a lot going on, there is a dense crowd on the streets," Müller described his impressions. And if you consider that on 20 December people were still streaming into the city from Brandenburg and that shortly before the festive season the "typical Christmas fever" was breaking out, "then situations arise in the retail trade and on the shopping streets that we cannot accept." Müller continued: "It is not possible in a global crisis in which people are dying that we say this Sunday in Advent is more important to us." He maintains that "the health of Berliners is more important to me than a shopping experience." 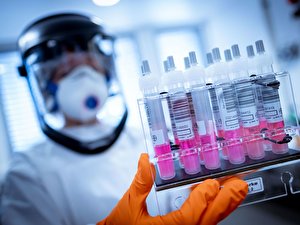