The number of new corona infections within one day in the capital continues to be at a high level. According to the Corona situation report of the Senate, 893 new cases were registered in Berlin on Friday. A bed in an intensive care unit.

On Wednesday (October 21), 971 new cases had been registered. This was the highest increase within one day since the beginning of the pandemic. The number of new infections per 100,000 inhabitants in the past seven days (7-day incidence) also continued to grow: according to the report, the figure is now 114.8 (previous day: 110.6). Berlin is considered a risk area because the threshold value of 50 used for this purpose has been exceeded for some time.
So far, 25 373 corona cases have been reported. 17 816 people are now considered to have recovered. 248 patients died, an increase of three compared to Thursday. The reported so-called 7-day incidence is still highest in the Neukölln district. The proportion of intensive care beds occupied by Covid-19 patients in Berlin also continued to rise: on Friday it was 11 percent (presentation: 7.3 percent). 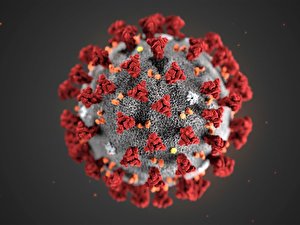