There have been no further deaths (241 so far), however, according to the current situation report of the health administration on Monday (19 October 2020). Since the beginning of the pandemic, 21,904 cases have been registered. 16 418 people are now considered to have recovered. That is 314 more people than on Sunday.

The number of new infections per 100,000 inhabitants over the past seven days continued to grow - to 89.2, which means that the capital is still well above the critical value of 50.

The so-called 7-day incidence is highest in the Neukölln district, which is considered a corona hotspot nationwide. According to the health administration, the value rose to 188.5. On Sunday it was still 179.1. The second highest value is in Mitte (141.8), followed by Friedrichshain-Kreuzberg (113.3). According to the health administration, 5.3 percent of Berlin's intensive care beds are currently occupied by Covid-19 patients. 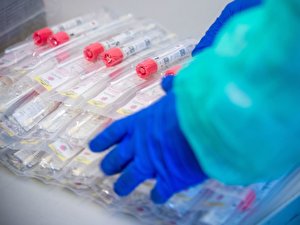