A total of 520 new corona infections were reported in Berlin this weekend. According to the situation report of the health administration of Sunday (October 11, 2020), 247 cases were added within 24 hours, on Saturday there were 273. This means that the value reported per day is somewhat lower than at the end of last week (more than 400 on Thursday and Friday). On weekends, however, lower numbers are often recorded than on weekdays. Per 100,000 inhabitants 61.3 corona cases were recorded in the past seven days. Berlin, with around 3.8 million inhabitants, is thus increasingly clearly above the critical threshold of 50. If this value is exceeded, several other federal states declare districts or cities as risk areas. Since the beginning of the pandemic, 18,075 cases have been recorded in Berlin, 14,407 of which are considered to have recovered.
By far the highest seven-day value per 100,000 inhabitants in the capital by far continues to be achieved by the district of Neukölln with 147.3 - ahead of Mitte with 103.2. Overall, the number of districts is growing with a value of 50 and more: Steglitz-Zehlendorf (50.0) and Spandau (52.2) are now also among them. In contrast, the figures are below average in the eastern districts so far: from Pankow (29.8) via Treptow-Köpenick (24.1) and Lichtenberg (22.1) to Marzahn-Hellersdorf (21.1). 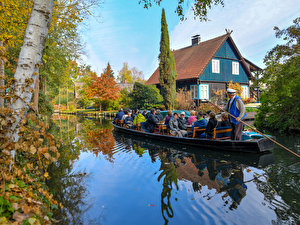 Accommodation ban for Berliners in Brandenburg

Due to the high increase in the number of corona infections in the capital, Berliners can no longer stay overnight in Brandenburg hotels, guesthouses or vacation apartments without a negative corona test. more 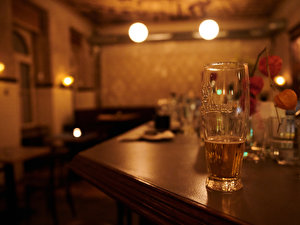 Curfew for bars, restaurants and stores due to Corona

Due to the significant increase in corona infections, most stores and all restaurants and bars in Berlin will have to close from 11 p.m. to 6 a.m. in the future. more