The number of confirmed corona infections in Berlin increased by 48 to 9687 within one day. Currently, 39 patients are treated in the hospital almost unchanged, 16 of them in intensive care, the Senate Department of Health announced on Saturday evening. A coronavirus under the microscope.

In connection with Covid-19, 224 people are reported to have died since March, the same number as the previous days. 8908 infected people have now recovered. The Corona traffic light continues to show green for all three indicators, according to the health administration.
The indicators are the reproduction rate - which shows the dynamics of the infection process - as well as new infections and the required places for Covid-19 patients in intensive care units. The so-called R-value is currently at 1.1 and thus exactly at the critical threshold. If it were to reach or exceed this value three times in a row, the traffic light would turn yellow.
The number of new infections per week per 100 000 inhabitants is reported to be 8.8 - well below the critical level of 20 or more per 100 000 inhabitants per week. The proportion of intensive care unit places needed for Covid-19 patients currently reaches 1.2 percent, with the yellow area starting at 15 percent and rising.
After the three-part Berlin Corona traffic light rating system, measures must be discussed and prepared when two of the three indicators are yellow. If two of the three indicators are red, measures to contain the infection must be implemented. Among the districts, Mitte continues to have the highest number of confirmed infections with sars-CoV-2, with 1456, followed by Neukölln (1194) and Charlottenburg-Wilmersdorf (969). 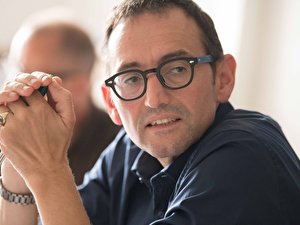