In Berlin 32 new corona infections were registered between Monday and Tuesday. The number of confirmed cases has thus increased slightly less than the day before to 9398, according to the Senate Department of Health on Tuesday evening (August 4, 2020). There were 39 new cases between Sunday and Monday. Currently 46 people are being isolated and treated in hospital, three more than the day before. Of these, 19 are being treated in intensive care, one more than before. There have been no other deaths. According to the health administration, 223 patients have died so far in connection with Covid-19 disease.
All three indicators that are decisive for countermeasures in Berlin were green. These included the reproduction value R, which indicates how many people an infected person infects each time. On Tuesday it was 1.14. If it does not fall below the limit of 1.1 on Wednesday, the traffic light turns yellow. It turns red as soon as the value reaches or exceeds 1.2 on three consecutive days. Tuesday's traffic light was clearly green for the other two indicators: the number of new infections per 100,000 inhabitants within a week was 8.9. The traffic light would only show amber from 20 onwards. The utilization of intensive care beds with corona patients remained unchanged at 1.4 percent. According to the health administration, this is still a very low figure. 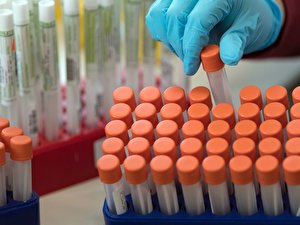 Poland has registered more new corona cases than at any time since the beginning of the pandemic. On Tuesday the authorities recorded 680 new infections within 24 hours. more