In Berlin 39 new corona infections were registered between Sunday and Monday. This brings the number of confirmed cases in the capital to 9366, as the Senate Department of Health announced on Monday evening (August 3, 2020). The corona virus under the microscope.

The number of people infected with the coronavirus thus increased more strongly at the beginning of the week than on the day before. Only nine new cases had been added between Saturday and Sunday. Currently 43 of the infected persons are being isolated and treated in hospital - two more than the day before. Meanwhile, the number of people receiving intensive medical care rose by three to 18. 223 patients have died so far in connection with Covid-19 disease. No further deaths have occurred since the weekend.

All indicators of the Corona traffic lights in the green zone

For the three indicators that are decisive for new countermeasures in Berlin, the traffic light is currently green. These include the reproduction value R, which indicates how many people an infected person infects each time and which was 1.13 on Monday. If the reproduction value does not fall below 1.1 in the next two days, the traffic light turns yellow. It turns red as soon as the value reaches or exceeds 1.2 on three consecutive days. There was more room for manoeuvre on Monday for the other two indicators. For example, the number of new infections per 100,000 inhabitants within a week was 8.6. The traffic light would only turn yellow from 20 onwards. The occupancy rate of intensive care beds with corona patients was 1.4 percent and thus "still at a very low level", as it was said. 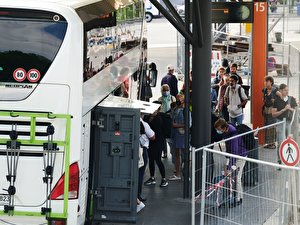 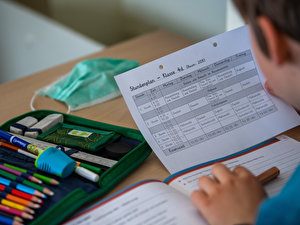 Berlin will introduce compulsory masks in schools in the fight against the coronavirus. more