The number of confirmed corona infections in Berlin increased by one to 8637. Currently 48 patients are being treated in hospital, 16 of them in intensive care, according to the Senate Department of Health on Sunday evening (July 12, 2020). From Friday to Saturday the number of confirmed cases had increased by 20. In connection with Covid-19, 217 people died in Berlin since March, according to the data - that means that there has been no further reported death since Saturday. 7995 infected persons have recovered in the meantime. According to the health administration, the Corona traffic light is still green for all three indicators.

Reproduction rate still well below the limit of 1.1

The indicators are the reproduction rate - which shows the dynamics of the infection process - as well as new infections and the required places for Covid-19 patients in intensive care units. The so-called R-value on Sunday was 0.80. It was thus higher than on Saturday, but still well below the threshold of 1.1, from which the traffic light would turn yellow if it was reached or exceeded three times in a row.

All data of the Corona traffic lights in the green area

Most confirmed infections in Mitte, Neukölln and Charlottenburg-Wilmersdorf

After the three-part Berlin Corona traffic light rating system, measures must be discussed and prepared when two of the three indicators are yellow. If two of the three indicators are red, measures to contain the infection must be implemented. Among the districts, Mitte continues to have the highest number of confirmed infections with sars-CoV-2 (1267), followed by Neukölln (1064) and Charlottenburg-Wilmersdorf (865). 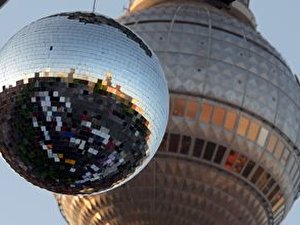 Clubs receive an average of 81 000 euros from the Senate. This emerges from a parliamentary question by Georg Kössler, member of the Green Party, on which "Der Tagesspiegel" reports. more