Great hopes rest on the Corona Warning App in the fight against the pandemic. Apple and Google have already passed the federal app. From mid June 2020 on you should be able to download and use it. What should users know about it?

The app does not help to prevent infection. But it can help to inform people about risky encounters afterwards. Users are now asking themselves many questions - also about the daily use of the app and how they should use the service on their end devices.

Where can I download the official app - and how do I prevent myself from falling for a fake app?

The Coronavirus warning app of the federal government has its own homepage (www.coronawarn.app), which also provides links to download the versions for iOS (iPhone) and Android. There is only one official Corona-Warn-App per country.

On which devices will the app run?

The app is based on a concept from Apple and Google. Therefore the devices must be able to provide these program interfaces. On the iPhone this works from the current iOS 13.5 on, which is available for devices from iPhone 6s on. An iPhone 6, 5S, 5 or an older model is not sufficient. For Android phones Bluetooth LE must be supported. In addition, Android 6 or a newer version must be running, and Google Play Services must be enabled because the company does not provide the interfaces via Android, but via these Google services. 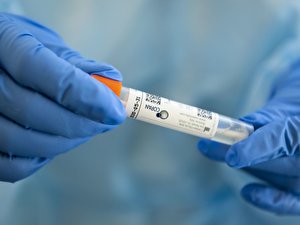 Catch up the lastest news, developments and most important background to the outbreak of Covid-19 in Berlin. more

The new Android devices from Huawei do not have these Google services. Will the app still run there?

Huawei wants to make the app work on his latest Android smartphones with replicated Google services. According to Huawei, the corresponding Huawei services (HMS Core) must be updated to version 4.1.0.301. The app will not run on Google-free Android versions such as LineageOS or /e/.

How does the app work?

The app uses Bluetooth radio technology, which is otherwise used to control wireless speakers, keyboards or other devices. Depending on the smartphone model, it transmits an anonymous identification number 16 times to the immediate vicinity at intervals of two and a half to five minutes. At the same time, the phone listens to see if it can receive Bluetooth signals from others. If users who are both running the app stay side by side, the smartphones exchange their IDs.

The developers say that the app doesn't draw much power and uses only a tiny fraction of the battery capacity. More problematic than the Corona Warning app could be the many other apps that are also installed on a typical smartphone. If other applications wake up from sleep mode together with the Corona-Warn-App - for example social media clients or e-mail programs - this can already shorten the runtime of the smartphone. That's also the main reason why the app doesn't transmit constantly, but only every two and a half to five minutes.

How do you know that you have been near an infected person?

If you have tested positive for Covid-19, you can enter this status into the app yourself. To prevent abuse, this status must be officially confirmed. This can be done by means of a QR code, which you receive from the test lab. Alternatively you can also enter a TAN - a transaction number - which you get from a telephone hotline, as not all laboratories are able to generate QR codes. In case of infection, the affected app contacts will then receive a message that they should be tested.

Does the app not endanger the privacy of the users?

Meanwhile, data protectionists praise the app after the first concepts have been severely criticized. With the app and the associated services, the true identities of the users are not exchanged, but only anonymous IDs that change several times an hour. The contact data is also not stored centrally - as was initially planned - but decentrally on the respective smartphones. Only the list of anonymized IDs of infected persons is kept on a central server, and the matching process takes place exclusively on the individual smartphones.

May an employer order the use of the app for his employees?

Such a question should actually have been regulated in the employment contract, but is usually not mentioned there. In many cases, the employer will therefore not be able to order this despite his duty of care towards employees and customers. However, some lawyers believe that this can be ordered in the case of purely business mobile phones and frequent contacts with colleagues and customers.

How many people need to use the app for the desired effect to occur?

Reports on the Corona Warning App repeatedly state that the full effect is only achieved when 60 percent of the population or more participate. This figure comes from a scientific study from Oxford. But the researchers also say that the number of infections and deaths decreases even if the application rate is lower.

No. The app can only help to identify chains of infection more quickly. If you want to protect yourself and others from infections, you should also keep your distance with the app in your mobile phone and wear a mask. 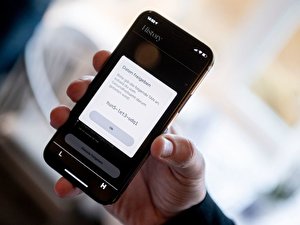 The Luca app enables digital tracking of contacts of confirmed Corona cases via smartphone in direct exchange with the relevant health office. more