Many infringements of the Corona regulation

Many infringements of the Corona regulation

The Berlin police continue to record numerous violations of the Senate Ordinance on the control of Coronavirus spread. During a 24-hour inspection from Friday morning (April 4, 2020) to Saturday morning, officials throughout the city recorded 30 criminal charges and 79 administrative offences, a spokeswoman said. "There was the full range of them."

Illegally opened restaurants did not have to be closed, however, and there were no so-called "corona parties" of celebrating youths. A total of 111 people outdoors and 30 objects were checked. Around 290 police officers were on duty until 6 pm on Friday, and 150 officers were on duty in the evening and at night.

Queues in front of hardware stores and bakeries

The sunny Wetter on Saturday attracted many Berliners to the capital's numerous parks - but mostly with sufficient safety distance between them. Even joggers were on the way. Long queues formed in front of bakeries and hardware stores. On Alexanderplatz and in many shopping malls and underground stations, however, there was an unaccustomed emptiness. Pedestrians wore more and more face masks.

"Every now and then there are a few violations of the regulation," said the police spokeswoman in the afternoon. She said it was too early to draw a conclusion. A police helicopter will also be used to check for indications of larger crowds. These have not yet been confirmed, however. On Thursday, the Berlin Senate had extended the so-called contact ban, in effect since March 23, until April 19. 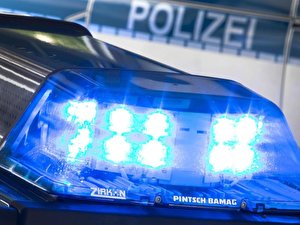 Despite a ban on contact due to the Corona pandemic, around 300 people gathered in front of a mosque in Neukölln on Friday, according to police reports. more