According to the new list of fines, anyone in Berlin who violates the restrictions on exit due to the spread of the coronavirus will have to pay up to 500 euros. This was announced by the governing mayor Michael Müller (SPD) on Thursday evening (April 2, 2020) after the decision was made in the senate. According to the decision, a fine of 25 to 500 euros will be imposed if people form groups of more than two people and possibly resist the police's demands. "Anyone who leaves his or her home without good reason will have to pay between 10 and 100 euros in fines," Müller explained.

According to a decree on the so-called contact ban, which the Senate has now extended until April 19, all Berliners must stay "permanently in their flat or usual accommodation" in order to restrict contacts and thus slow down the spread of the coronavirus.

Walks in the fresh air allowed

There are, however, a number of exceptions, which are intended to allow visits to the doctor, shopping, walking the dog or sports and walks in the fresh air. However, a minimum distance of 1.5 metres must be maintained, and gatherings of more than two people outside are prohibited. For families, the group may be larger.

The new catalogue of fines for the Corona Rules also sets fines for companies that infringe the Regulation. For example, the prohibited opening of shops can lead to fines of up to 10,000 euros. Failure to comply with hygiene measures can also be punished with fines of up to 2,500 euros. 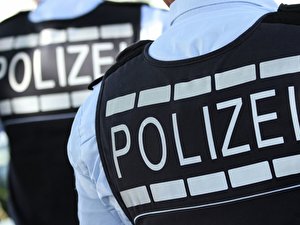 During corona checks: Police officers are coughed on

The Berlin police have complained that there have been isolated assaults with spitting and coughing against police officers during corona checks. more 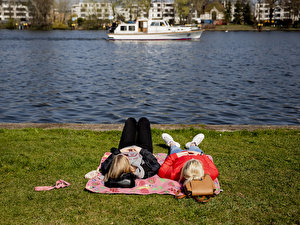 Coronavirus restrictions: Longer stay in the park not allowed

Shortly before two more sunny days on Friday and Saturday, the police warned against too much leisure activities with regard to the coronavirus. more