Sunny winter weather in Berlin over the weekend

Sunny winter weather in Berlin over the weekend

People in Berlin and Brandenburg can look forward to sunny winter weather this weekend. On Friday (10 December 2021) there will be some fresh snow until the evening with temperatures between minus one degree in the Uckermark and plus three degrees on the Elster in the eastern parts of the country.
According to the German Weather Service in Potsdam on Friday, Saturday will be dry, cloudy and occasionally clear with temperatures around freezing point. On Sunday, however, clouds will move in from the west and there may be light rain. The roads may become slippery. Temperatures will rise to between one and four degrees. 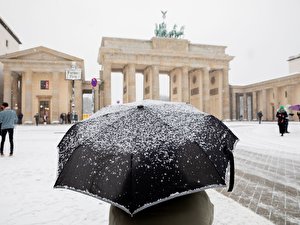