By train: Berlin-Hamburg in less than two hours

By train: Berlin-Hamburg in less than two hours

On fast train connection between Berlin and Hamburg, trains should be running again without diversions and interruptions from this weekend. The approximately three-month reconstruction work on the high-speed line would be completed as planned on Saturday (11 December 2021), Deutsche Bahn announced. "At the timetable change on Sunday, 12 December, trains will once again travel at a speed of 230 between the metropolises." Then the journey time should be just under two hours again as usual.

Since September, the line between Berlin-Spandau and Büchen has been renovated at a cost of around 100 million euros. According to the railway, around 400 kilometres of new rails were laid and 24 new points were installed. Around 30,000 tonnes of ballast have also been replaced and the control and safety technology renewed.

60 trains daily between Berlin and Hamburg

The route is normally one of the most heavily used connections in Germany, with an average of around 17,000 passengers per day. From Sunday onwards, around 60 trains a day will run between Hamburg and the capital again, according to Deutsche Bahn. During the construction work, the service had been reduced to around 50 trains per day. The journey times were also significantly longer because the trains had to be rerouted. 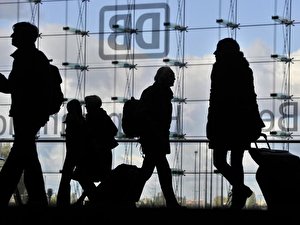 Arrival in Berlin by train

Information on getting to Berlin by train and about the arriving at Berlin's long distance train stations, regional stations and services provided by Deutsche Bahn. more