Berlin commemorates the Fall of the Berlin Wall on November 9, 1989

Berlin commemorates the Fall of the Berlin Wall on November 9, 1989

Berlin will commemorate the fall of the Berlin Wall 32 years ago with a central memorial event on Tuesday (November 9, 2021, 10 am). West Berliners try to tear down the Berlin Wall with hammers and cross hoes.

The Governing Mayor Michael Müller, the Minister of State for Culture Monika Grütters, and the Senator for Culture Klaus Lederer will gather at the Berlin Wall Monument on Bernauer Straße to commemorate the anniversary of the fall of the Berlin Wall. On the same day, the new SED victims' commissioner Evelyn Zupke will present her first report (11 am). The former GDR civil rights activist took up her new post in June.

Borders with the Federal Republic opened on November 9, 1989

After a large wave of departures and massive demonstrations by the opposition, the former GDR leadership had opened the borders to the Federal Republic of Germany on November 9, 1989, and allowed all GDR citizens to travel. Less than a year later, German unification came on October 3, 1990.

As a historical date, November 9 also stands for two other important events in German national history. On November 9 in 1938, pogroms in Nazi Germany destroyed synagogues and other Jewish institutions and killed Jews. On November 9 in 1918, the Republic was proclaimed in Berlin. 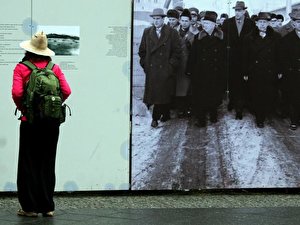