Over the next three years, Berlin's Estrel Hotel in Neukölln will be the site of what will be the capital's tallest building. After ten years of planning, the Streletzki family of hoteliers presented the project of their 176-meter Estrel Tower on November 3, 2021. The Hotel Estrel in Berlin-Neukölln.

The foundation for the building on Sonnenallee is to be laid early next year, a spokeswoman said. On 45 floors, the building will have several uses. It will include 525 hotel rooms and apartments as well as offices and an event area.
The new building is being constructed between the new section of the city highway and the Neukölln shipping canal opposite the Estrel Hotel. According to the developers, the tower will cost 260 million euros. A publicly accessible park is also planned: "We want to be a good neighbor," Maxim Streletzki said.
The faous TV Tower will remains Berlin's tallest construction remains at 368 meters. The city's highest buildings so far are the Park Inn Hotel on Alexanderplatz and the Treptowers near Treptower Park at 125 meters each. However, there are several projects for new high-rise buildings with heights of up to 150 meters on and around Alexanderplatz. 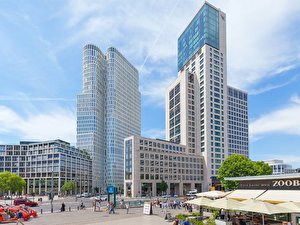 Meet Berlin, your new home for business. Why Berlin is a great city for starting and growing your business. more 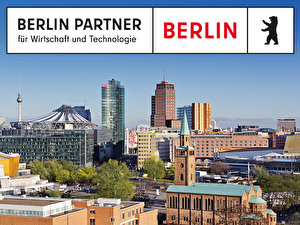 Berlin Partner for Business and Economy

Berlin Partner for Business and Technology is the central contact agency in Berlin helping investors settle in the city, assisting local companies in all matters relating to foreign trade, and promoting the capital as a business location. more