The Union GDL (Gewerkschaft Deutscher Lokführer) had a vote and announced the clear result: There will be a strike. Passenger traffic will be affected from Wednesday, the strikes in freight traffic will start today. A signal is on red on the railway line between Ostkreuz and Warschauer Straße stations in Berlin this morning.

From 2 a.m. on Wednesday, 11 August 2021, until 2 a.m. on Friday, GDL members in passenger transport are called to strike. The union represents most train drivers, passengers have to expect numerous train cancellations and delays. The restrictions are expected to last well into Friday. In freight traffic, the strike is to start already on Tuesday evening.

In long-distance transport, the nationwide offer for Wednesday and Thursday will be reduced to around a quarter. Special priority will be given to heavily used connections, such as between Berlin and the Rhine/Ruhr region, between Hamburg and Frankfurt (Main), as well as connections to important stations and airports. For these journeys, the railway uses trains with the largest possible seating capacities. There are also replacement timetables for regional and S-Bahn services. In Berlin plus the surrounding area, a basic service will be maintained for schoolchildren and commuters and important feeder services to long-distance trains or airports. It is not yet clear exactly how many trains can be offered. The S-Bahn will make a replacement timetable available on Tuesday. 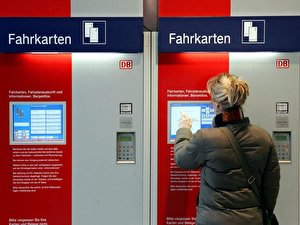