It stays cold in Berlin and Brandenburg

It stays cold in Berlin and Brandenburg

Until the end of the week, people in Berlin and Brandenburg have to be prepared for snow and sleet showers and slippery roads. According to the German Weather Service (DWD) in Potsdam, temperatures will rise to a spring-like 10 to 14 degrees Celsius only from Friday (09 Aptill 2021) and there will be a little more sun again. However, occasional rain is forecast for Saturday.
Before that, a maximum of eight degrees will be reached on Wednesday and Thursday. Arctic polar air flows from the North Atlantic to Berlin and Brandenburg. During the night, snow and sleet showers will move through. On Thursday, the sun will hardly be visible, but it will remain largely free of precipitation. 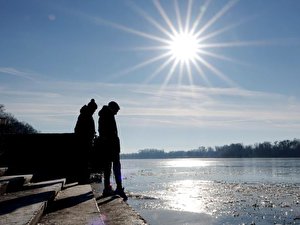